Runners get the chance to look out onto the beach, run across bridges and around the popular Back Cove Trail along the waterfront at the Shipyard Brewing Company Old Port Half Marathon, which makes its 12th annual running through this coastal Maine city this year.

The half marathon starts along the Old Port overlooking the Casco Bay and East End Beach, Portland’s popular public beach area. From there, the race will start runners off in two waves, sending them west toward the Western Promenade and toward the course’s highest point of 120 feet.

After a brief run on the Western Promenade and passing the mile 3 marker, the rest of the course takes place along the water, returning runners to sea level and treating them to the stunning views of the Fore River.

Much of the course’s remainder takes place on the waterfront; even after leaving the river, the waterfront views continue as runners cross Tukey Bridge and make their way around Back Cove via the paved Eastern Promenade Trail and the packed cinder Back Cove Trail. 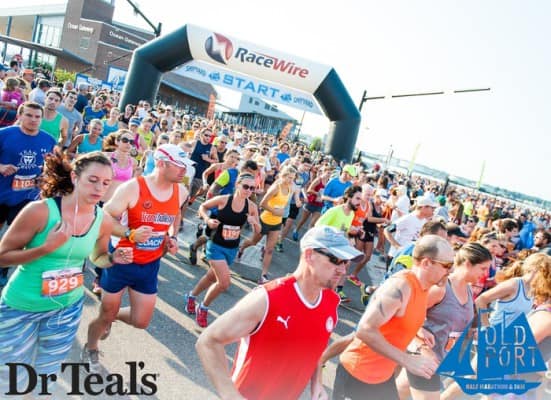 The middle portion of the race feature some of the course’s most scenic terrain, as runners will make their way nearly all the way around Portland’s Back Cove along the Back Cove and Bayside trails.

These paved running, biking and walking trails are some of the city’s oldest and most popular recreation trails and will take runners past a combination of city parks, residential neighborhoods and under the Tukey Bridge, with the land on the right and the water on the left all the way around the cove.

Runners will finish the race where they started, just past the Maine State Pier in the Old Port District. Organizers plan to have free Shipyard Brewing Company beer on hand for all runners of legal drinking age, and the post-race festival will also be getting started by the time most runners are crossing the finish line. 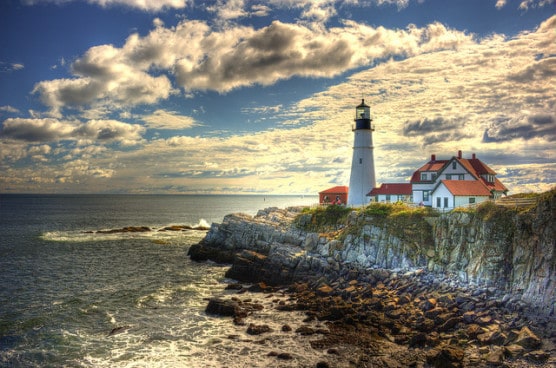 There is usually very little precipitation during this time of year and crystal clear blue skies are the norm. (Note: the separate waves for male and female runners won’t be strictly enforced, organizers note; runners may enter either wave they choose.)

Located near the mouth of the Fore River and the harbor that shares its name in coastal Maine’s southwestern corner, just over 100 miles north of Boston, Mass., Portland typically sees cool to mild weather in June, with the occasional cool morning.

See the race route map for the Old Port Half Marathon here.

To reserve your spot in the 2023 running of Portland’s Shipyard Old Port Half Marathon race, register online at Enmotive.com here.

Ever run in the Old Port Half Marathon? Share your impressions here, or post your review in the Comments below.