Known for its rolling green farm fields, gorgeous homes on the water and a rich, colorful history that dates all the way back before the founding of the nation, this small coastal town in Maryland’s Eastern Shore hosts the 10th annual St. Michaels Running Festival this year, with a half marathon for runners and a 5K for walkers and runners.

The town of St. Michaels played an important role in early colonial America going back all the way to the mid-1600s, when it served first as a trading post for tobacco and fur trappers, and later as an important shipbuilding center, as it lies along the Miles River about halfway between the source of the Susquehenna River to the north and the Atlantic Ocean to the south.

Many of the homes that were built along its seaside streets in that period still stand today, some 200 years later.

In fact, you’re never far from the water when you’re on St. Michaels, it seems, and the half marathon course will take runners near, along and over water at several points during the race, giving runners a chance to take in the scenery that no doubt made it attractive for the filmmakers of both 1998’s Clara’s Heart and 2004’s Wedding Crashers, which featured a number of scenes filmed on the waterfront in and around St. Michaels and nearby Easton, Md.

Runners will start all three races at St. Michaels High School, which lies on Seymour Avenue, less than a mile from the town center.

From there, runners start off by heading first southwest along Seymour and then north along South Talbot Street, which will take them right through the heart of the town and St. Mary’s Square.

This early stretch will also take runners past the town’s famed Cannonball House, which absorbed the impact of a cannonball fired by the British during a battle in the War of 1812, the only house in town to suffer a direct hit — and inspired the town’s nickname as “the town that fooled the British.”

From there, runners continue north and head out of the town center and into more rural terrain, making their way around the fairways of the links golf course near Porter Creek and Hambleton Cove.

They’ll make their way around most of the course, within view of the water all the way around, before heading back to St. Michaels Road, where they’ll then head south back toward town.

Next the race heads west onto Mt. Pleasant Road, which will take runners out on a lollipop-shaped loop through the residential neighborhoods west of St. Michaels, and then heads back into town, where runners will cross the finish line on Fremont Street.

The race is also a fundraiser for the St. Michaels Family YMCA and for the summer programs for kids organized by the St. Michaels Community Center, in addition to a number of other local nonprofits and community organizations. 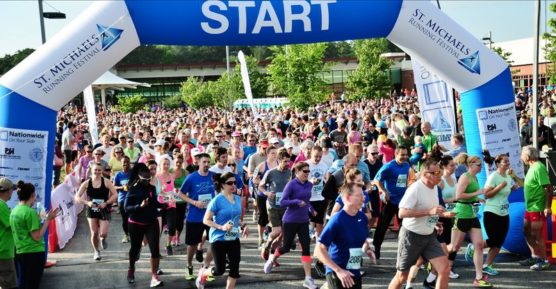 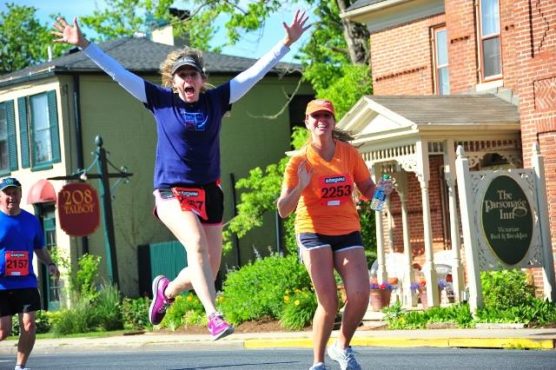 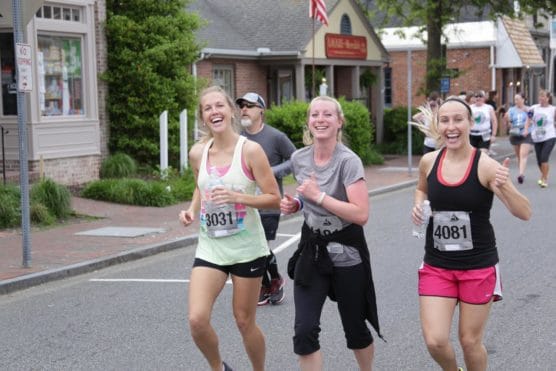 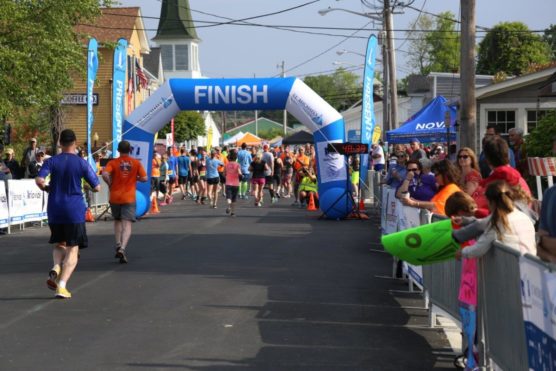 Nestled along the Miles River on Maryland’s Eastern Shore, just over 70 miles southeast of Baltimore and roughly 80 miles east by car from Washington, D.C., Saint Michaels typically sees warm weather in May, with temperatures typically ranging from the mid-60s to the high 80s.

To reserve your spot in the 2023 running of the St. Michaels Running Festival Half Marathon or 5K race, register online at RunSignUp.com here.

Ever run in the St. Michaels Running Festival? Share your impressions here, or post your review in the Comments below.

See more races in: May, Maryland