You’ll get your chance to run through one of the nation’s “best small towns to visit,” according to Smithsonian Magazine, at the all-new Susquehanna River Running Festival, which follows a point-to-point route that features a pair of bridge crossings over the river it’s named for, and plentiful scenic views of the river and the parks along it throughout the course.

The race, which makes its 6th annual running this year, starts in the small Maryland shore town of Havre de Grace, which has a history that dates all the way back to the nation’s founding — in fact, historical figures from General Lafayette to George Washington spent time here back during the Revolutionary War.

From the starting line downtown at the corner of Lafayette Street and Union Avenue, the race heads north through town, taking you past the waterfront as you make your way up past McLhinney Park and the Susquehanna Museum at the Lock House, which tells the story of the town’s canal system and how it worked.

Then you’ll head onto the Thomas J. Hatem Memorial Bridge, which will carry runners across the Susquehanna, a 464-mile-long river that stretches from its source in New York all the way to the Chesapeake Bay.

Once across the river, you’ll run a roundabout stretch around Perry Point, running through Susquehanna Point and Perryville Park before heading back to the bridge, which you’ll cross again to go back into Havre de Grace.

Then, the course heads back along the waterfront again, past the Concord Point Lighthouse (pictured below) to the race finish line, in front of Millard Tydings Memorial Park. 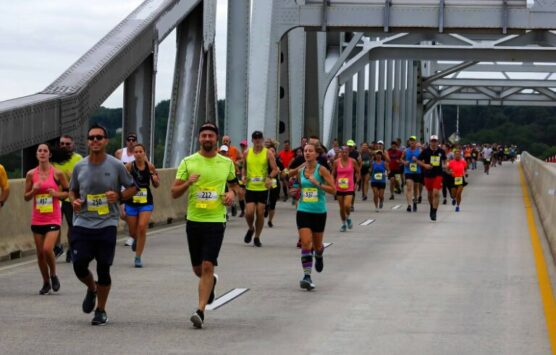 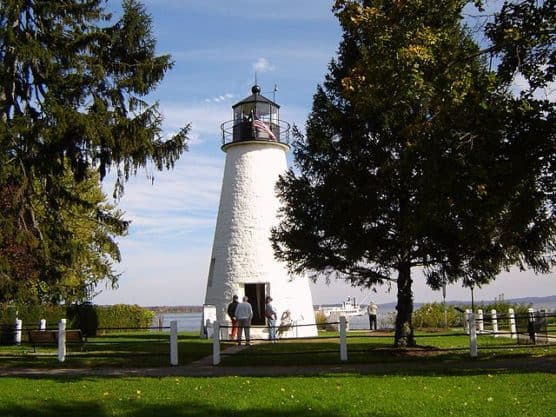 Nestled along the mouth of the Susquehanna River and the head of Chesapeake Bay in eastern Maryland, about 38 miles northeast of Baltimore, Havre de Grace typically sees its wettest month of the year in September (just shy of 4 1/2 inches for the month) and temperatures between the upper 50s and the upper 70s.

To reserve your spot in the 2023 running of Havre de Grace’s Susquehanna River Running Festival Half Marathon, Relay or 5K, register online at RunSignUp.com here.

Ever run in the Susquehanna River Running Festival Half Marathon? Share your impressions here, as well as anything you learned about the race that you think other runners/walkers should know.