Perhaps best known as the home of the United States Naval Academy, whose campus lies among the neighborhoods of this city’s historic downtown along the mouth of the Severn River and the nearby Chesapeake Bay, Annapolis plays host to this race’s 8th annual running this year.


Runners start the race on the grounds of the Navy-Marine Corps Memorial Stadium, which lies just to the west of downtown. From there, the course unfolds along mostly flat city streets punctuated by the occasional hilly stretch.

This section of the race takes runners all the way around the roads that circle the stadium and then across the bridge on Rowe Boulevard that crosses College Creek and heads over into the part of the city where both St. John’s College and the Naval Academy are located.

This stretch, which takes runners along Annapolis’s Main Street, King George Street and College Avenue, features some of the most scenic terrain of the race as runners pass by the historic Reynolds Tavern — the oldest of its kind in Annapolis, dating back to the late 1700s — as well as the Maryland State House and the Naval Academy Chapel, as the course skirts by the Naval Academy campus on King George Street.

After passing the campus of St. John’s College, founded in 1696 and the third oldest college in the U.S., the course then heads northwest along King George Street, back across College Creek to Baltimore Boulevard.

At this point, the 10k and half marathon runners separate, with the 10k finishing back at the stadium and the half marathoners turning right and heading across the Naval Academy Bridge that spans the Severn River.

Once runners make it up and over the bridge, they descend into Jones Green State Park and follow the Ritchie Highway, which peels off to the left from Baltimore Boulevard.

With the exception of one turn between the mile 7 and 8 markers, the remainder of this stretch of the race is basically one long out-and-back route.

First along Ritchie Highway and then, with the left turn onto Boulters Way, runners keep heading toward the northwest, passing the Baltimore and Annapolis Trail to Winchester Road North and then back along the route they ran earlier, all the way back across the river and into Annapolis, where they finish the race back at the stadium.

The post-race party is “legendary,” organizers say, with an award-winning soup and a great selection of craft beers, hard cider and Old Dominion Root Beer. Celebrate the Chesapeake Bay with oysters, both grilled and on the half shell. Enjoy the morning with family and friends while dancing and listening to two great bands – the Timmie Metz Band and Dublin 5. 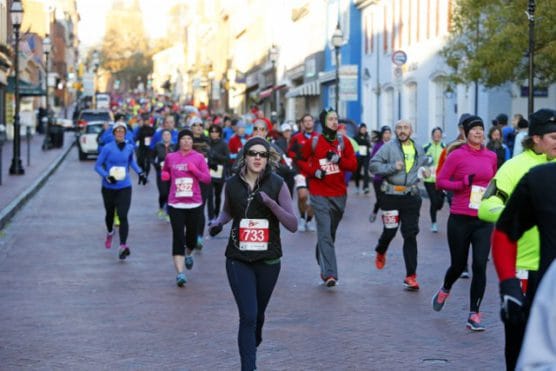 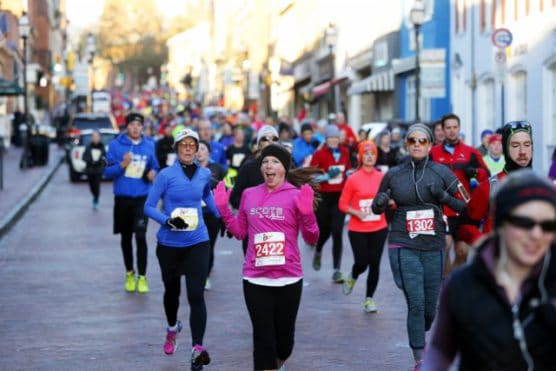 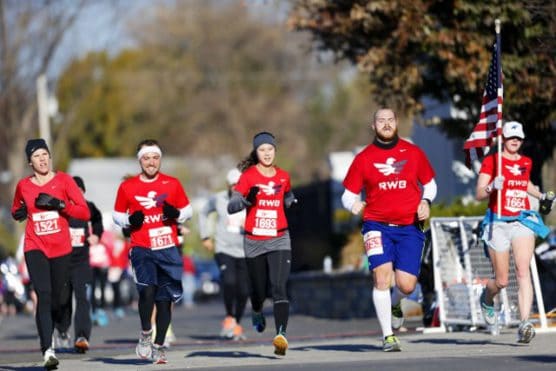 Nestled along the Chesapeake Bay in central southern Maryland, roughly 25 miles south of Baltimore and about 30 miles east of Washington, D.C., Annapolis typically sees November temperatures that average between 36°F and 56°F, while precipitation amounts average just over 3 inches for the month.

See the race route map for the Annapolis Running Classic Half Marathon here.

To reserve your spot in the 2021 running of the Annapolis Running Classic Half Marathon or 10K race, register online at RunSignUp.com here.

Ever run in the Annapolis Half Marathon? Share your impressions here, or post your review in the Comments box below.