Blustery, windy and cold conditions are often in the air at the annual early springtime running of the New Bedford Half Marathon, which marks its 43rd annual running this year, for a race that usually draws more than 3,000 runners out to the streets of this Massachusetts city.


The race takes runners on a tour of this town that overlooks Buzzards Bay in the southern part of the state, not far from Cape Cod, and features both the natural beauty of New Bedford Harbor and Clarks Cove as well as the architectural beauty of the neighborhoods and city streets through which runners make their way through the race.

The course itself – which is a single loop that’s fast and made up entirely of paved city streets – offers a number of hills, with the two most significant hills around miles 3 and 12.

From the starting and finish line on Purchase Street, the race’s first few miles feature views of the New Bedford Harbor waterfront, and then the course turns westward back into the city, past sights such as Buttonwood Park and the city’s Whaling National Historic Park, which commemorates New Bedford’s importance as “the whaling city” during the 19th century.

Rated among the top 25 half-marathons by Runner’s World magazine and the top half in New England by New England Runner, the event is a challenging one largely because of its weather conditions, which have ranged from a high of 64 degrees in 2003 to just north of 17 degrees in 2000.

As described by past participant Geoff Smith, who holds the course record, the New Bedford Half is the “people’s race” thanks to its popularity among working-class runners in the local area and the region. 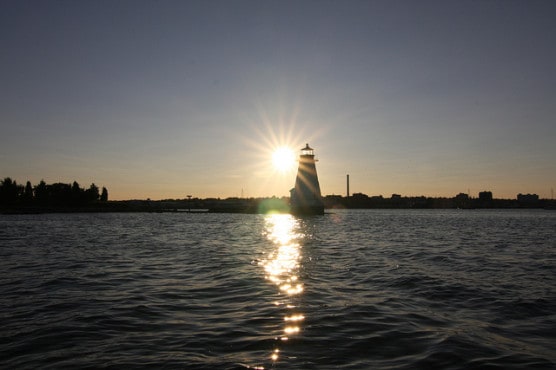 Located along the southern shoreline of Massachusetts, roughly 60 miles south of Boston and about 30 miles southeast of Providence, R.I., New Bedford typically sees March temperatures that average between 29°F and 46°F, while precipitation amounts average just shy of 4.7 inches for the month, making March the city’s wettest month of the year.

To reserve your spot in the 2020 running of the New Bedford Half Marathon, register online at the event website by clicking here.

Ever run in the New Bedford Half Marathon? Share your impressions here, or post your review in the Comments box below.