Growing your stache out in time for Movember, or supporting your husband/brother/father/son/boyfriend while they do the same between now and then? Along the coast of northeastern Massachusetts this fall, there will be fellow-travelers-a-plenty at the Stache Half Marathon and 1-Mile race, which is set for its 4th annual running in 2017.


The Stache Half Marathon welcomes every runner sporting his own facial hair — and if you don’t have your own, they’ll give you a stick-on mustache to wear during the race. So that means men and women will all be sporting a stache in style — nobody will have any excuse to be clean shaven!

Runners will start the half marathon at Ipswich High School on High Street, near the intersection with Currier Park. From there, the course follows first a clockwise loop around Kimball Avenue, Linebrook Road and Mile Lane before turning right to head back onto High Street. After that, runners pass the starting line a second time and then head east and north past Daniel Boone Park into the area known as Great Neck.

The road into Great Neck takes runners along the Ipswich River for a brief stretch, and then turns left off High Street to head onto Jeffrey’s Neck Road. Once in Great Neck — a charming coastal community with stately historic homes perched along the Ipswich Bay waterfront — runners will make a counter-clockwise loop around Little Neck Road and Northridge Road, before turning back onto Jeffrey’s Neck Road to head south again.

After that, runners make their way back to High Street and head west to the high school, where they’ll cross the finish line. If you’re up for it, you may actually run both races in this event — finish the 1-mile race, the organizers suggest, then grab a drink of water and head out to run the half marathon. 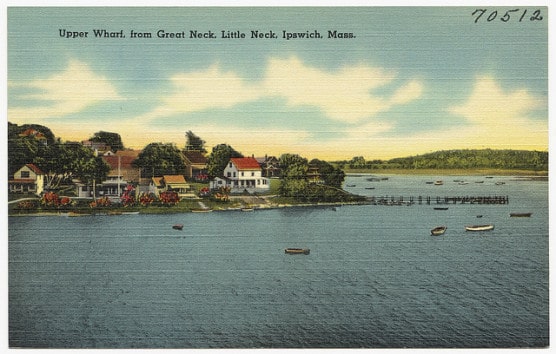 Nestled along the coast of northeastern Massachusetts, about 30 miles north of downtown Boston, Ipswich typically sees November temperatures between 37ºF and 52ºF, while precipitation amounts average about 4.5 inches, making November the town’s wettest month of the year.

To reserve your spot in the 2017 running of Ipswich’s Stache Half Marathon or 1-mile race, register online at the event website here.

Ever run in the Stache Half Marathon? Share your impressions here, or post your review in the Comments box below.