Set for its annual late summer running along the coast of Lake Michigan, here in this peaceful and scenic small town on the state’s Lower Peninsula, the Holland Haven Marathon unfolds largely along the lakeshore and along both paved roads and biking trails past both Lake Michigan and Lake Macatawa.

Start along the lakeshore. You’ll start the race looking out at the water from the Geneva Camp & Retreat Center along Lakeshore Drive, near the intersection with Quincy Street. From there, the race heads south along the lake for the first three miles, which take you past the white, sandy beaches on the way toward Holland State Park.

Once you make it to the park, you’ll pass the 4th mile marker and begin heading through the City of Holland, home to just over 33,000 people and perhaps most famous for its Dutch heritage (even the city’s first mayor was an immigrant from the Netherlands).

You’ll pass by a number of the Dutch-themed attractions that bring in thousands of tourists to the area each year, especially the tulip flowers you’ll see throughout the city — as many as 1 million people flock to the city each May for its Tulip Time Festival, where they’ll get a glimpse of its estimated 6 million tulips today.

Plentiful gently rolling hills. While there are no big changes in elevation throughout the course, you can expect lots of little rolling hills throughout, especially in the second half of the race, when the course includes more stretches of biking trails.

The last couple of miles of the race bring you alongside the northern shore of Lake Macatawa and then over the River Avenue bridge in to the finish line at CrossFit Soaring Ledge on West 3rd Street.

Walkers are welcome. Both the half marathon and 8K welcome walkers, organizers say, as they have generous course time limits (6 hours for the half marathon). The full marathon is a qualifying for the Boston Marathon. 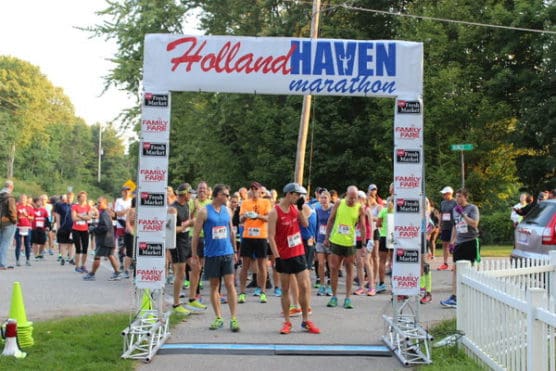 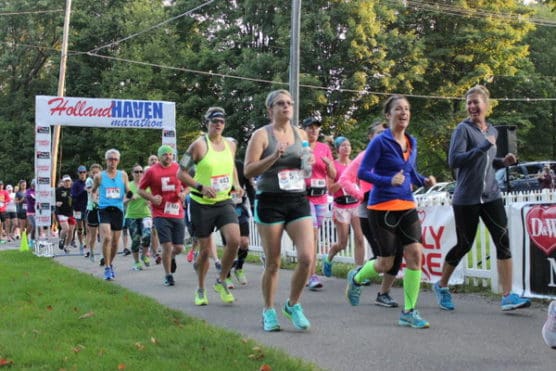 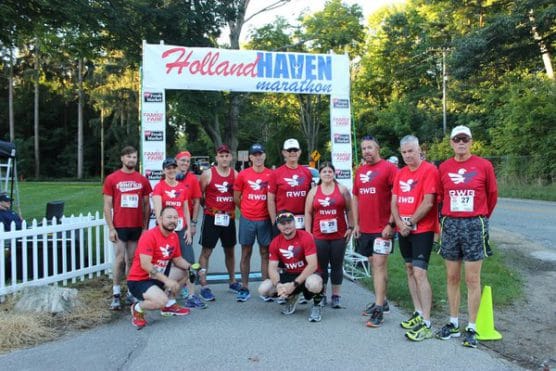 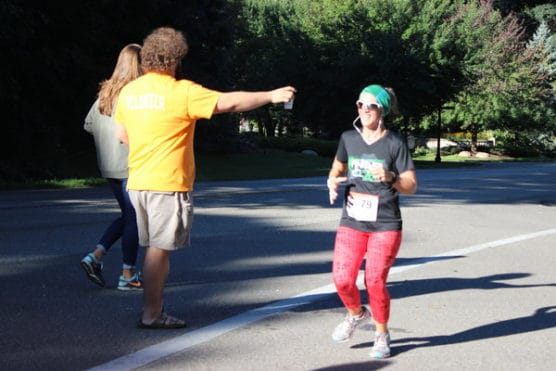 Nestled along the eastern shore of Lake Michigan, roughly a 2 1/2-hour drive east from Chicago, Holland typically sees some of its mildest temperatures and rainiest weather of the year in September, which brings the city’s highest average rainfall of the year.

See the race route map for the Holland Haven Half Marathon here.

To reserve your spot in the 2023 running of the Holland Haven Marathon, Half Marathon or 8K race, register online at RunSignUp.com here.

Ever run in the Holland Haven Half Marathon? Share your impressions here, as well as anything you learned about the race that you think other runners/walkers should know.