Take a challenging run through the nearly million-acre Huron Manistee National Forest here in Michigan’s Lower Peninsula at the Hungerford Games Trail Race, a unique running event that offers finishers’ medals that are cut from local wood found nearby, all part of a race that organizers say is a “celebration of the woods.”

The race unfolds through the Manistee portion of the forest, which was joined with the Huron National Forest in the mid-1940s and are best known for camping, fishing, hiking and boating in the summer and snowmobiling and cross-country skiing in the winter.

The Manistee forest also is famous for its Nordhouse Dunes Wilderness, a 3,450-acre stretch of ancient dunes on the eastern shore of Lake Michigan. Several of the dunes are estimated at 3,500 to 4,000 years old, and they’re measured at some 140 feet in height.

Runners will get to take in the beauty of the Manistee National Forest throughout most of the race as they’ll be running through its southeastern corner near Big Rapids, a city of just over 10,000 souls that lies roughly an hour’s drive from Grand Rapids.

From the starting line along Woodward Avenue just west of town, the race enters the forest shortly after the start and then hits plenty of hills, as runners make their way along dirt forest roads and trails.

Organizers say you’ll need to be ready for some challenging terrain, especially if there’s been rain in the days leading up to the race — that means the course will get muddy and slippery, big-time.

The winners in each group will be awarded chainsaw-carved trophies, cut from local wood, just like the finishers’ medals. There’s a full marathon and a 50-mile ultramarathon in addition to the half marathon, and you’ll have until sunset (7:29 PM) that night to finish the ultramarathon. 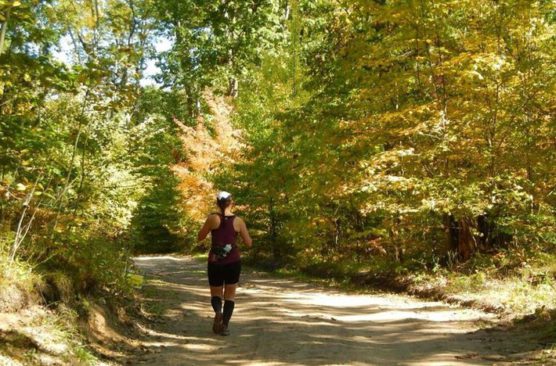 A runner on the trail through the Manistee National Forest. (Courtesy Hungerford Games) 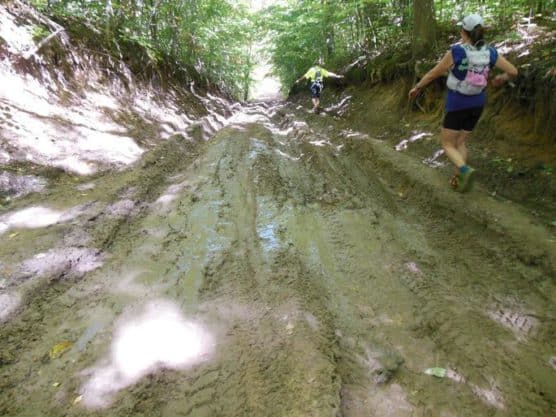 What the course looks like when it gets muddy. (Courtesy Hungerford Games) 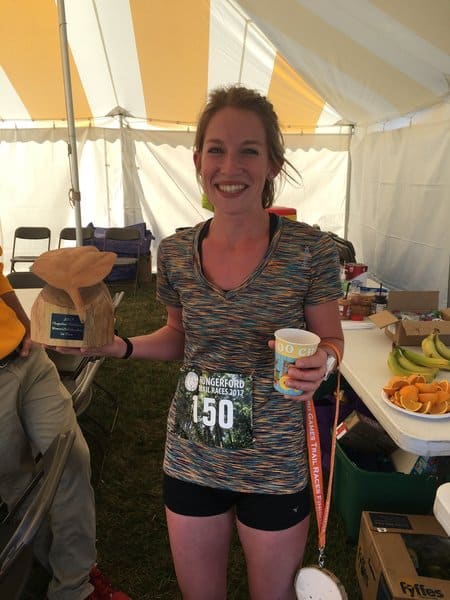 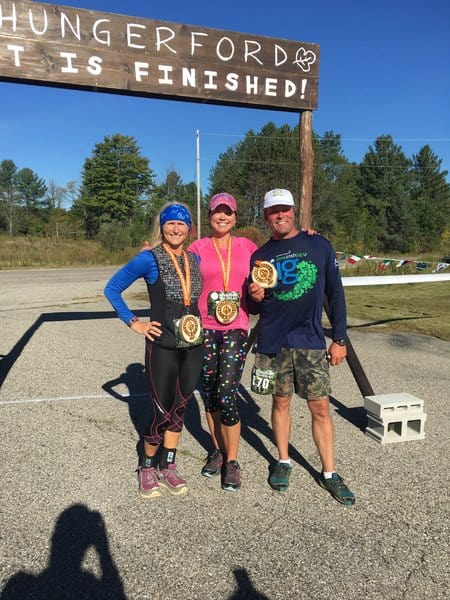 Nestled along the edge of the Manistee National Forest in central Michigan, just over an hour’s drive north from Grand Rapids, Big Rapids typically sees some of its mildest temperatures and its second-wettest month of the year in September, with just under 4 inches of rain for the month.

To reserve your spot in the 2023 running of Big Rapids’s The Hungerford Games Trail Race Marathon, Half Marathon or 50-mile, register online at UltraSignUp.com here.

Ever run in the Hungerford Games Half Marathon? Share your impressions here, as well as anything you learned about the race that you think other runners/walkers should know.