Featuring a combination of wide-open roadways as well as streets that take runners through wooded areas along the base where wildlife are often seen, the race is considered particularly suited for first-time marathoners and half-marathoners as well as those looking to set personal record times.

The race begins for those running in both the 26.2- and the 13.1-mile race at the part of the space center known as the Cypress House, on Lower Gainesville Road.

From there, the course winds along paved streets including Road H, the Trent Lott Parkway and Old Highway 43 for the first few miles, turning onto Balch Boulevard and Saturn Drive as runners make their way to the northern edge of the space center property.

After meeting up again with Trent Lott Parkway, runners turn onto Leonard Kimble Road and then hit the first turnaround point, roughly between mile markers 7 and 8. The field then turns around and heads up onto Andrew Jackson Road and Mosses Creek Road before hitting the Lott Parkway for a third time, where they turn left and head down the street for the next few miles.

Both those running in the half and the full marathons stay together for the entire course to this point, splitting off from one another only once they reach the intersection of Endeavour Boulevard and Road H, where those running the full turn left and continue on along Road H for a second loop around the course, while those running the half proceed straight along Endeavor toward the finish line back at Cypress House. 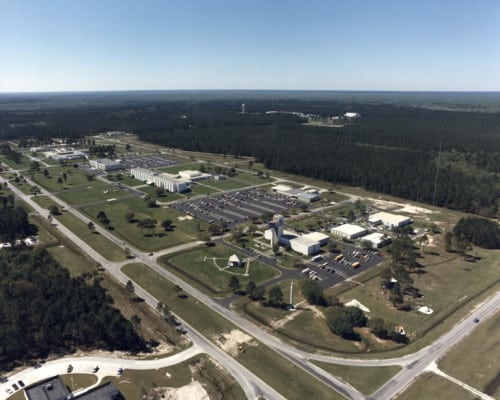 Located along the Mississippi gulf coast, about 65 miles northeast of New Orleans, Gulfport typically sees mild to moderately cool weather conditions in the mid-fall, with relatively low rainfall compared to the summer. In November, average monthly temperatures range between 51°F and 70°F, while rainfall totals average around 4.81 inches for the month.

Ever run in the Stennis Space Center Half Marathon? Share your impressions here, or post your review in the Comments box below.