Part of a series of five road races hosted during the winter season each year — including a 12K & 3K and a 10-mile and 2-mile race in December, a 20K & 5K race in January and a 15K & 3-mile race in February — the St. Louis Track Club Frostbite Series sees a few hundred runners cross the finish line every year at this race’s annual wintertime running.

The race takes runners on a double-loop course inside and through Forest Park, a nearly 1,300-acre park that lies just west of the city’s downtown district and a few miles from the Mississippi River flowing by.

Like the other four races in the Frostbite series, the half marathon starts and finishes at the park’s visitor center on Grand Avenue, which lies just inside the northern end of the park off Lindell Boulevard.

The course for the race will take runners through some of the park’s signature attractions, like the St. Louis Zoo, History Museum and Art Center, as well as its Muny Opera, and through some of the streets just outside the park, which opened in the late 1870s and is some 500 acres larger than New York City’s Central Park.

The race also hosts a 4-mile run, which starts with the half marathon at 8:30 AM — or 8:00 AM for walkers who expect to take longer than the runners. 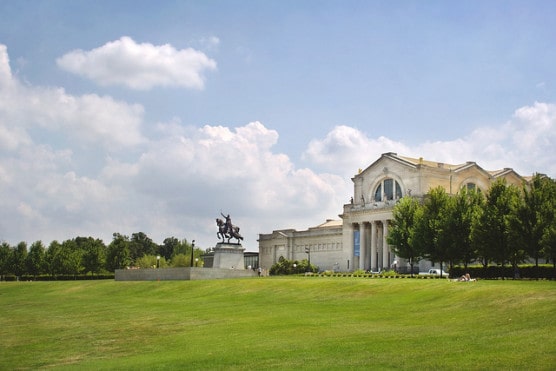 Located along the Mississippi River on central Missouri’s eastern border, the city of St. Louis typically experiences its coldest weather of the year during the month the race is held, as well as its lowest precipitation of the year, though snow is always a possibility.

In January, temperatures average between 21°F and 38°F, while precipitation amounts average just over 2 inches for the month.

See the race route map for the Frostbite Series Half Marathon here.

Ever run in the St. Louis Track Club Frostbite Half Marathon? Share your impressions here, or post your review in the Comments below.