Several hundred runners and walkers come out each year to run the long, point-to-point course that starts on the outskirts of Billings and takes runners all the way into the city center at the  Queen Bee Marathon, Half Marathon, Relay & 10K, which takes place each fall in the largest city in the state of Montana.

Nicknamed the “Magic City” for its rapid growth as a city from its beginnings as a railroad town in the early 1880s, the city lies within the Yellowstone Valley and offers runners ample views of the scenic sandstone cliffs atop the river valley, which have been carved by the Yellowstone River through this region millions of years ago.

Those who’ve run this race in recent years report that it’s about as far as one can get from a big-city half marathon race like those in New York, Chicago or San Francisco — much of the first half of the race course or so is long straightaways through wide-open prairies just outside Billings, with few if any spectators along the route for these sections.

While the full marathon starts in the tiny town of Molt, just outside Billings, the half marathon begins at the midway point of the 26.2-mile full marathon course, on Molt Road, and follows the full course for its second 13.1 miles.

After winding through the city along several twists and turns — with long straight stretches along Poly Drive, Colton Boulevard and Parkhill Drive — the race takes runners in a largely eastward direction, toward the finish line at Daylis Stadium just off 3rd Street SW, near Billings’ Pioneer Park.

Along the way, runners will follow the course past a number of city parks and run across bridges over creeks and rivers, as well as past the Yellowstone Country Club.

The race is open to both runners and walkers. 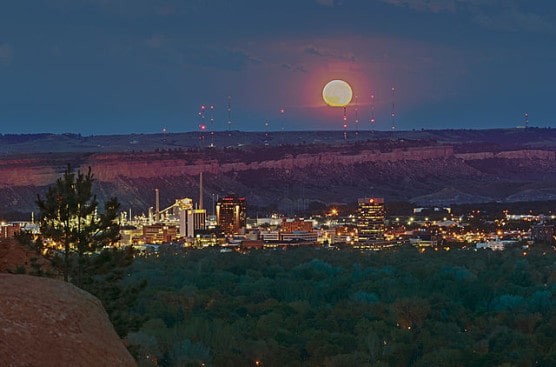 Located in the center of southern Montana, about a two-hour drive east from Bozeman, the city of Billings tends to see warm to mild summers and often very cold winters, with relatively low precipitation throughout the year.

See the race route map for the Queen Bee Half Marathon here.

To reserve your spot in the 2023 running of Billings’s Queen Bee Marathon, Half Marathon, 10K or team relay events, register online at RunSignUp.com here.

Ever run in the Queen Bee Half Marathon? Share your impressions here, or post your review in the Comments below.

See more races in: May, Montana