Note: The 2019 Navy-Air Force Half Marathon has been cancelled.

More than 6,000 runners cross the finish line in both races combined each year at the Navy-Air Force Half Marathon and Navy 5-Miler, which unfolds along the fast, flat streets of Washington, D.C., and takes runners past several of the city’s signature sights, including the Washington Monument, the Lincoln Memorial and the National Mall.


The race’s 2013 running also saw the event’s first-ever 13.1-mile race distance, as it had been run in past years only as a 5-mile race. Both events follow out-and-back courses that start and finish in the shadow of the Washington Monument, at 15th Street, between Constitution Avenue and Madison Drive.

From there, the race winds first around the northern end of the Tidal Basin and then along East Potomac Park, and then a 3 1/2-mile-long stretch along the Potomac River.

That’s followed by a long stretch along the Rock Creek & Potomac Parkway, past the Watergate Hotel and Roosevelt Island, through Georgetown all the way up to where the parkway splits with Beach Drive. Once runners make the turn to head back in the opposite direction, they follow the parkway south all the way back to the Lincoln Memorial.

There, runners will cross the Arlington Memorial Bridge for a quick out-and-back stretch, and then head east along Independence Avenue.

Once they’ve made it past the Tidal Basin across from the Jefferson and Franklin Roosevelt memorials, runners will turn left to get back onto 15th Street and then cross the finish line back where they started, in front of the Washington Monument.

All runners will need to complete the race by 11:00 AM, organizers note, which means they’ll need to keep a pace of at least 15 minutes per mile or faster. Water stations will be placed at the start/finish line area, and at roughly every 2-mile interval along the race route. 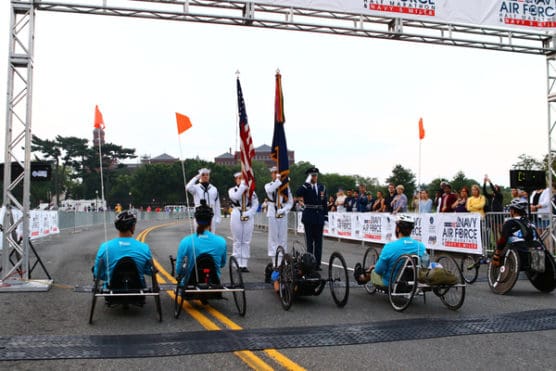 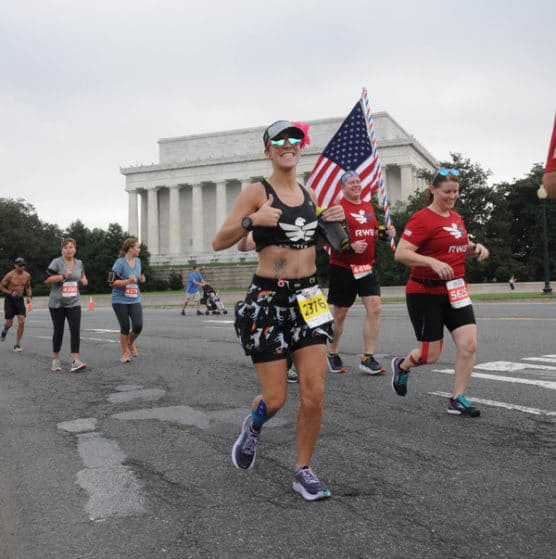 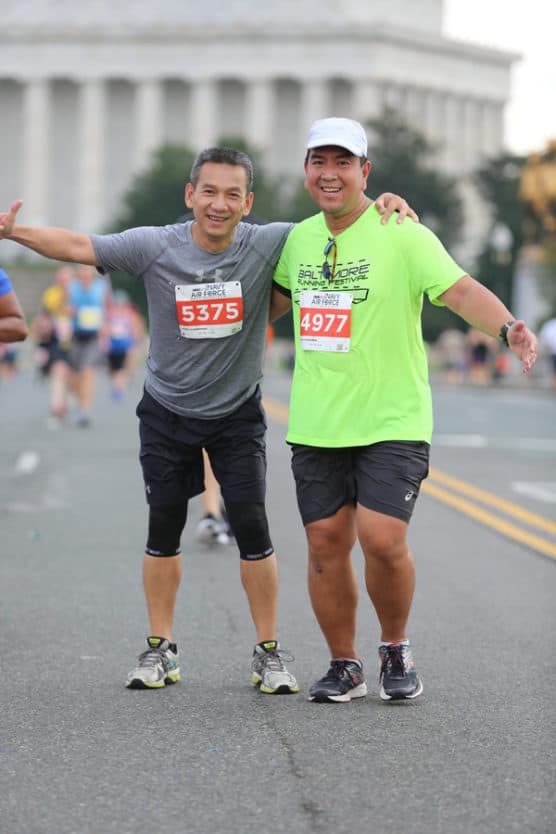 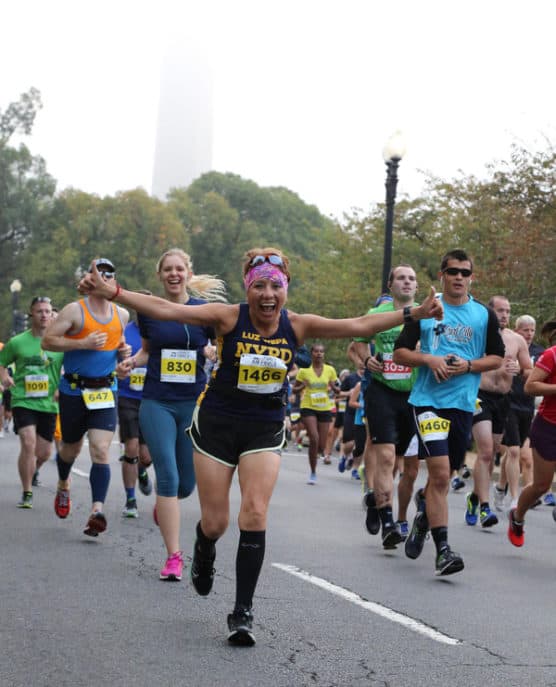 Nestled along the Potomac River between northern Virginia and Maryland, Washington D.C. typically sees mild to moderately weather in September, which has brought record temperatures here as low as 36°F (in 1904) and as high as 104°F (in 1881).

The 2019 running of Washington’s Navy-Air Force Half Marathon or Navy 5-mile race has been cancelled, so registration is not available. Learn more here.

Ever run in the Navy-Air Force Half Marathon? Share your impressions here, or post your review in the Comments box below.