Set for its 7th annual running this year in the cool, crisp and dry climate of Nevada’s Mojave Desert, the Run Laughlin Half Marathon unfolds along a point-to-point route that starts on Casino Row and features its biggest hills in the first three miles, with what organizers say are only gentling rolling hills or flat terrain after that.


You’ll run among the casinos of this town in the southernmost tip of Nevada, about 90 miles south of the lights of the Las Vegas Strip, toward the end of the race, but the course begins just west of town at Laughlin High School and starts out with a gentle uphill climb.

After that, about midway between miles 2 and 3 runners begin their descent along the Laughlin Highway into the Colorado River Heritage Greenway Park and the Bullhead Canyon Area, and in this stretch runners will get to be in two states at the same time on the stretch across the Davis Dam.

As the race organizers noted in an email to us: “We received permission from the Department of the Interior to lower the barricades on the Davis Dam allowing runners a unique opportunity to stand with one foot in Nevada and the other in Arizona and take a selfie with the beautiful Colorado River in the background.”

Once runners have gotten their selfie, they head back into Nevada, along the Colorado River in the race’s later miles toward Laughlin’s Casino Row.

Even more interesting, in Arizona the time is Mountain Standard Time – so runners will run “into the future” by one hour when they run into the Grand Canyon State, and then gain that hour back when they cross back into Nevada and head toward the finish line.

The race starts at Laughlin High School and finishes in front of the Laughlin Outlet Center on Casino Row, and the course time limit is 4 hours. 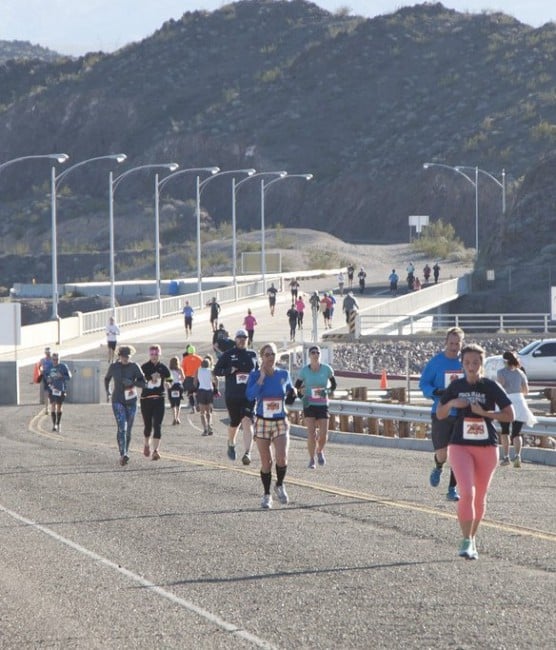 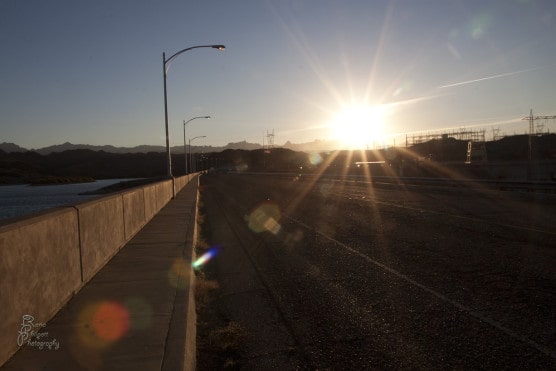 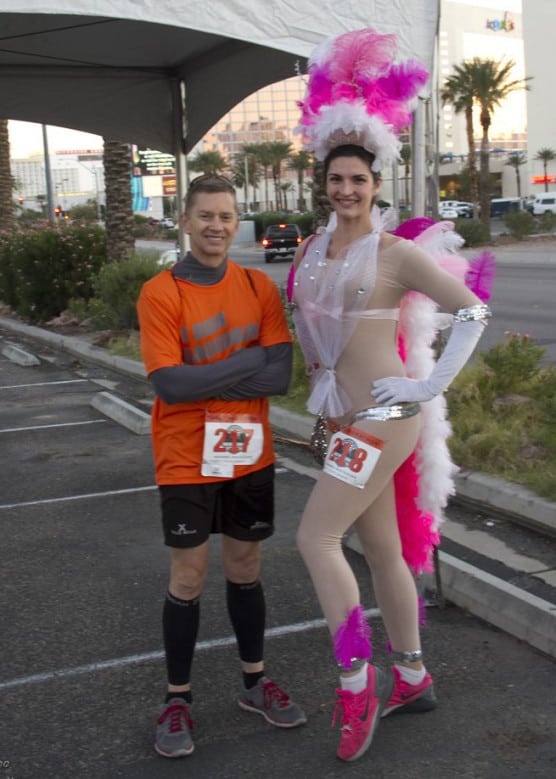 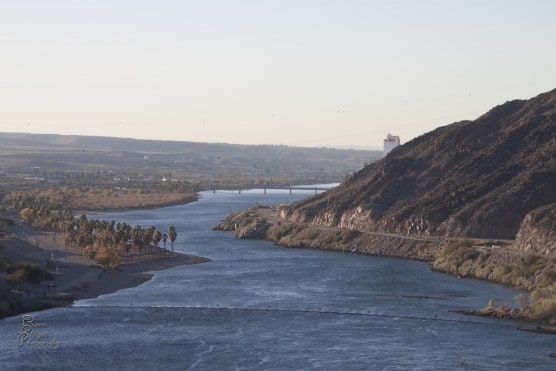 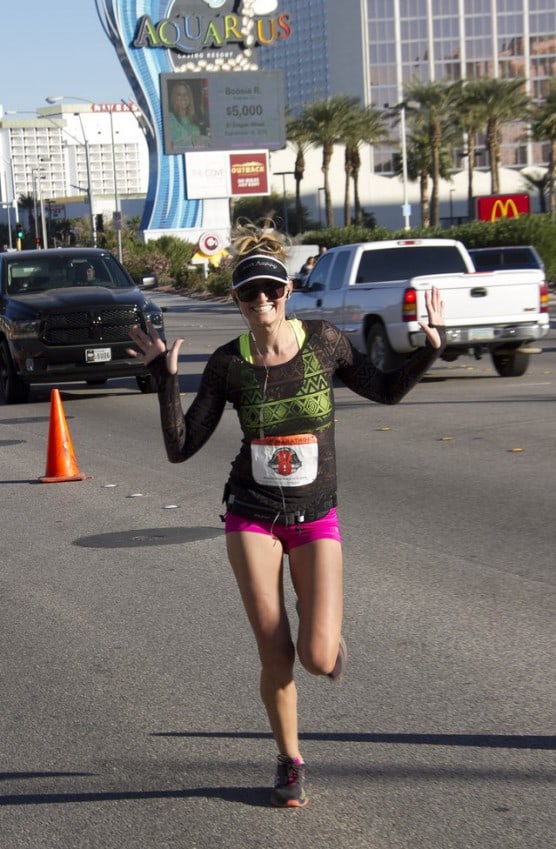 Nestled in the Mojave Desert near the California-Nevada state line, about an hour and half’s drive south from Las Vegas, Laughlin typically sees dry, mild weather in December, which has brought record temperatures here as low as 13ºF (in 1980) and as high as 83ºF (in 1977).

See the race route map for the Run Laughlin Half Marathon here.

To reserve your spot in the 2022 running of the Run Laughlin Half Marathon or 5K race, register online at RunSignUp.com here.

Ever run in the Run Laughlin Half? Share your impressions here, or post your review in the Comments below.