Set for its 15th annual running in 2023, the Rock ‘n’ Roll Las Vegas Marathon & Half Marathon takes runners on a fast and mostly flat, out-and-back run through the streets of “Glitter Gulch,” with most of the race unfolding along the famed Las Vegas Strip.


It also features a “1/2 of the Half Marathon,” a 6.5-mile race that starts on Las Vegas Boulevard near the Mandarin Oriental and Hard Rock Cafe and finishes at the Best Western Plus in downtown Las Vegas.

Runners in both the full and the half marathons will share the same starting line, and will stick together for the first ten miles of the race.

In the past couple of years, the race starting time was moved to the early evening instead of in the early morning hours — 4:30 PM for the full marathon and the half marathon, just as the sun was starting to set. There will be a time limit for runners out on the course — the full marathon time limit is 5 hours, while those running the half must finish the race within 4 hours.

Along the race route, runners will get to take in all of the lights, glamour and glitz that Las Vegas has to offer, as they pass by casinos like the Bellagio, the Venetian, Caesars Palace, the Flamingo, the Mirage, Treasure Island and the Wynn Casino, which lies next to the Wynn Golf Club.

Runners make the turnaround near the northern end of Las Vegas Boulevard and near some of the classic casinos like the Golden Nugget before heading back onto Las Vegas Boulevard for the return route back to Best Western Plus and the race finish line.

Runners interested in taking part in the race should enter as soon as they can, as the race typically fills up in most years — more than 20,000 runners and wheelchair competitors cross the finish line in both races combined each year, with more than 20,000 of those finishers completing the half marathon alone. 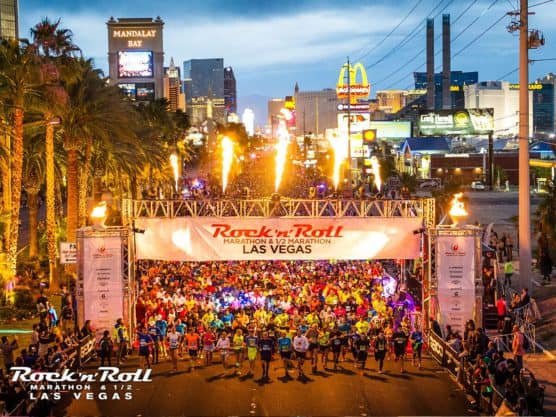 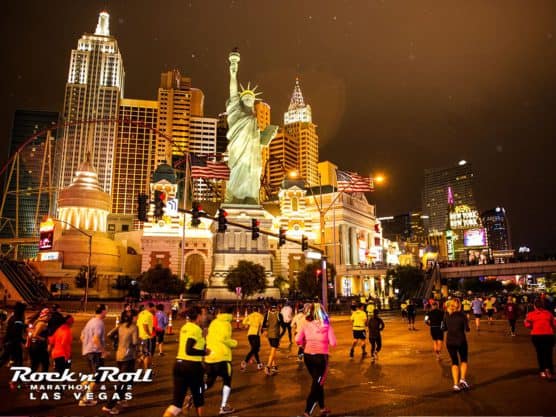 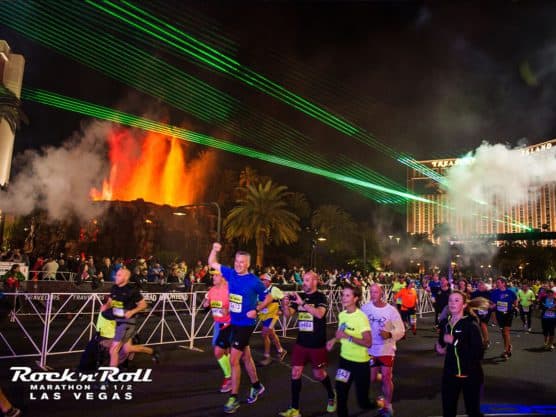 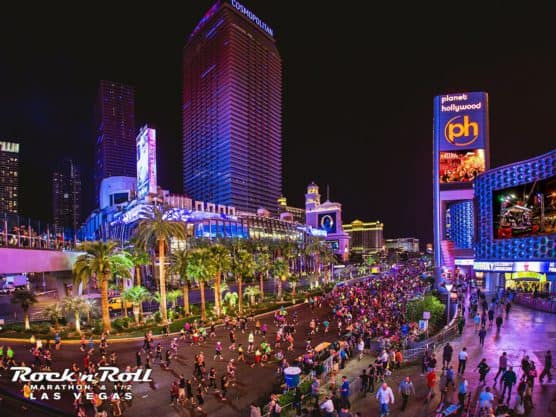 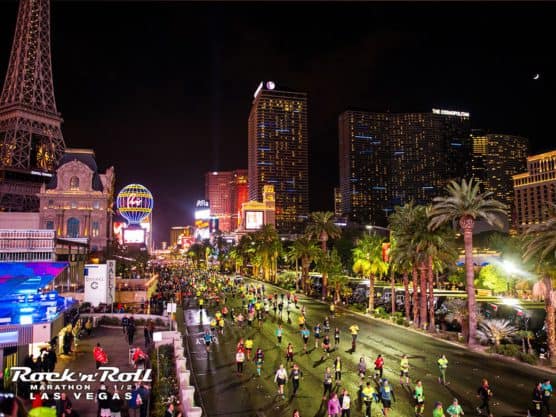 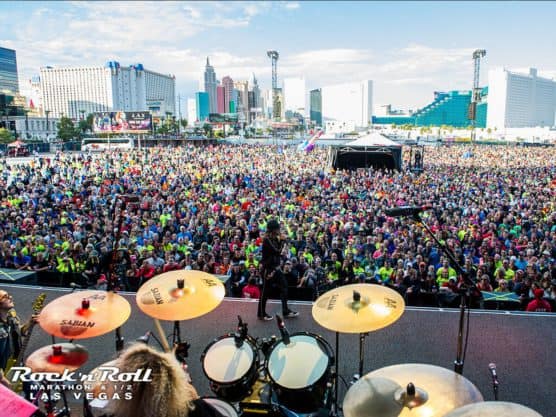 Located in the southern corner of Nevada, just over 260 miles northeast of Los Angeles, Las Vegas typically sees February temperatures that average between 41°F and 66°F. Thanks to its location in an arid basin within the Mojave Desert, the area receives very little precipitation, averaging about two-thirds of an inch for the month.

To reserve your spot in the winter 2023 running of the Rock ‘n’ Roll Las Vegas  Half Marathon, 10k, or 5k race, register online at the event website below.

Ever run in the Rock ‘n’ Roll Las Vegas Half Marathon? Share your impressions here, or post your review in the Comments box below.