Part of a series of races organized by the Triple Dare Running Company here in the Las Vegas area throughout the year, the Trail Trashed Half Marathon is just one of six races for adults (and one for kids) that run the challenging hills and trails of Sloan Canyon in the spring each year.

Where does the race start? In Hidden Falls Park just south of Henderson, which itself lies just a short drive from nearby Las Vegas. The 18-acre park lies just behind a shopping center on one side and hills and trails on the other side, where you’ll find the trailhead for the Armagosa Trail.

What’s the course like? Organizers say there’s plenty of single-track technical trails, which start running uphill right after you leave the starting line on the back side of the park. There’s plentiful views of the mountains and hills all around, the gorgeous rock formations that this region is known for, and lots of rocky, desert terrain shown in the photos below.

The difference in the race elevation at its lowest and highest points is some 500 feet, so you’ll experience lots of climbing and descending as you run through the hills of Sloan Canyon, along the Armagosa Trail and Heart of Henderson Loop.

You’ll even be able to see the Las Vegas Strip in the distance from many points on the trail, organizers say.

Where can I stay overnight before the race? Organizers note that lodging is available at the nearby Red Rock Resort, Green Valley Ranch and Sunset Station. Special race rates are available; check the race website for more information. 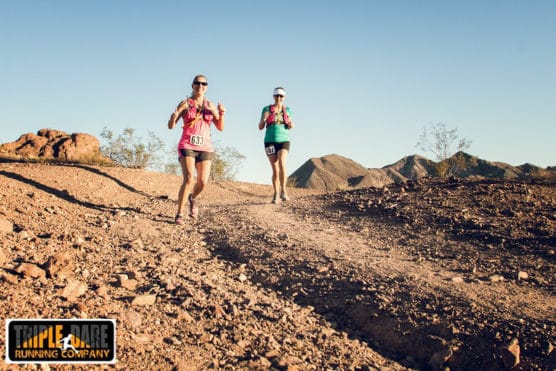 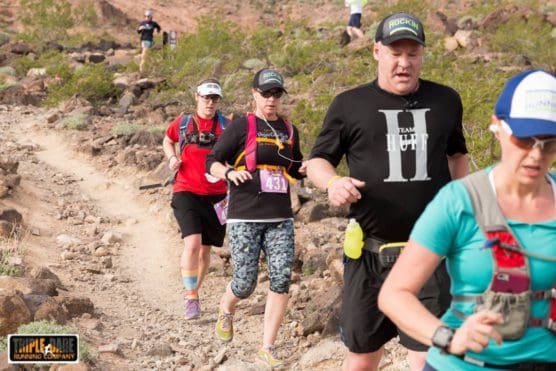 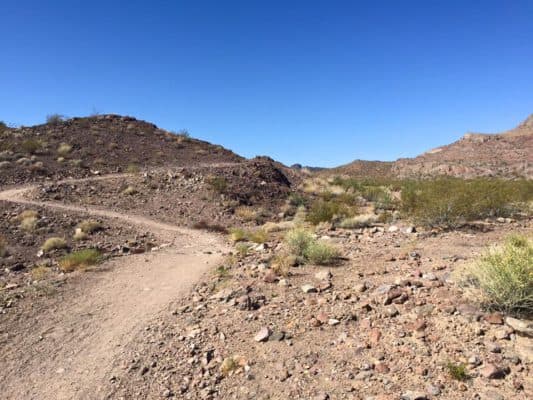 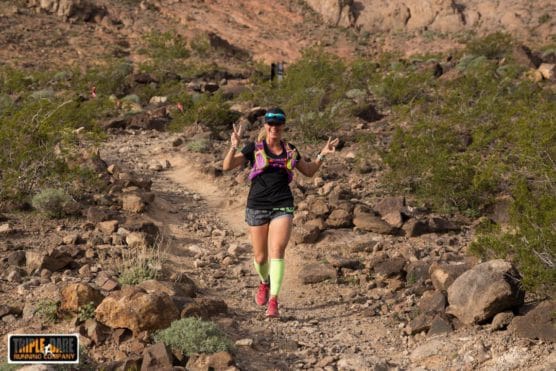 A runner makes her way along the trail at the Trail Trashed Half Marathon in Henderson, Nev. (Courtesy Triple Dare Running Company) 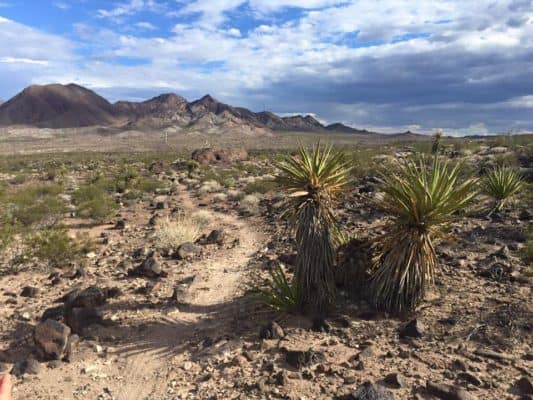 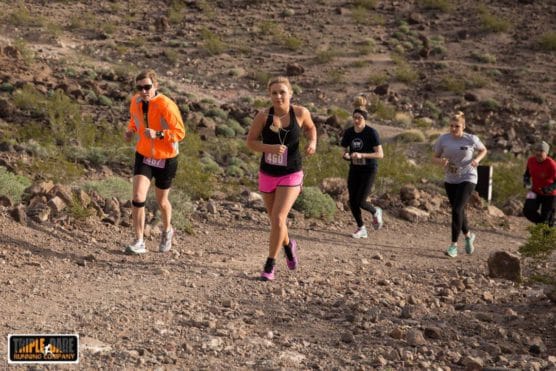 Located just outside Las Vegas in Nevada’s southern corner, Henderson typically sees its highest rainfall total of the year in March, which is still relatively paltry at less than an inch on average for the month. Average temperatures for March range between 46ºF and 65ºF.

See the race route map for the Trail Trashed Half Marathon here.

To reserve your spot in the 2023 running of Henderson’s Trail Trashed 100-miler, 50-miler, marathon, half marathon, 10K or 5K race, register online at UltraSignUp.com here.

Ever run in the Trail Trashed Half Marathon? Share your impressions here, or post your review in the Comments below.