Set for its 4th annual running this fall among the stunning beauty of the White Mountains here in the western part of the state, along bike paths that will keep you safely away from the car traffic on the roads and give you plenty of room to take in the beauty of the surroundings, the Franconia Notch Half Marathon is the first of two planned races that will unfold here among the mountainous regions of New Hampshire.

Where in the world are the White Mountains? They’re nestled near New Hampshire’s western border with Vermont, roughly a two-hour drive north from its biggest city, Manchester.

These rugged mountains span roughly a quarter of the state, including the White Mountain National Forest and parts of Franconia Notch State Park, and are home to the famed Mount Washington, which for more than 70 years held the record as the place with the strongest winds on Earth (a gust reached 231 mph here back in 1974).

What’s the race like and where does it start? The half marathon will unfold almost entirely on the paved bike paths that run roughly parallel to Interstate 93 and the Pemigewasset River, between the race starting line and the the Mount Pemigewasset trail head.

The out-and-back course for the half marathon starts at the Cannon Mountain base lodge, and then heads out onto the bike paths (shown below). Along the route, you’ll pass by scenic viewing spots like Echo Lake, Boise Rock, the Basin and the Flume Gorge, where later you can take a two-mile scenic walk into the woods, complete with covered bridges and scenic waterfalls. 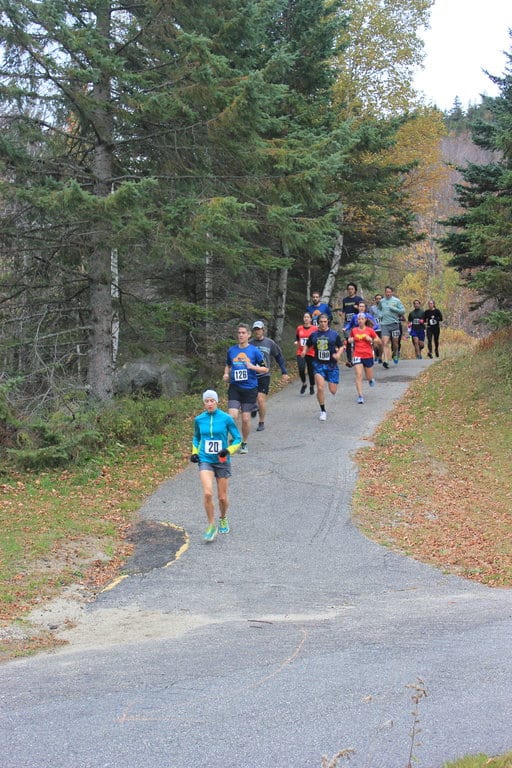 You’ll follow the route as it winds from north to south, all the way down to the race turnaround point near the trail head. Once you make the turn, you’ll retrace your steps in the opposite direction, heading back north along the bike paths until you get to the Cannon Mountain base lodge to cross the finish line.

Pass by the “Old Man of the Mountain.” Along the route, all of which unfolds within Franconia Notch State Park, you’ll run past the spot which once attracted countless tourists: the Old Man of the Mountain, a rock formation that looked like the profile of an old man on the side of one of the mountains within the park.

Records of visitors noting the “Old Man” date back to the early 1800s, but the formation is no more — it collapsed off the side of the rock back in 2003. 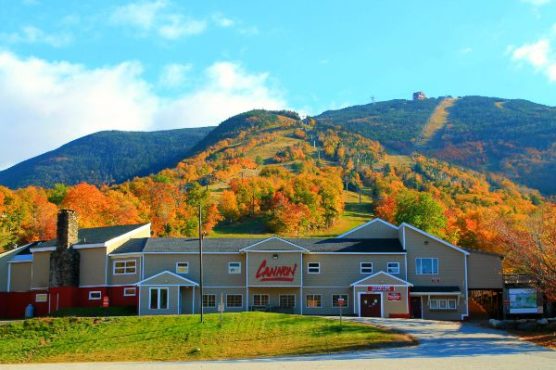 The Cannon Mountain base lodge, where runners will start the race. 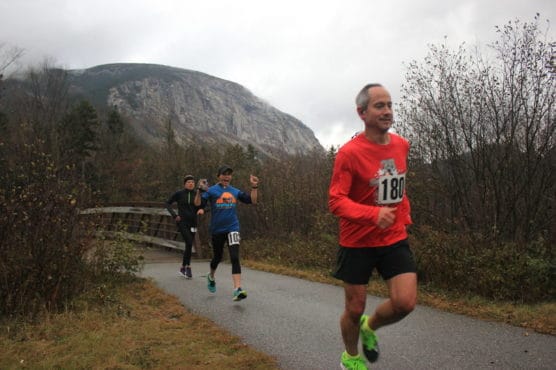 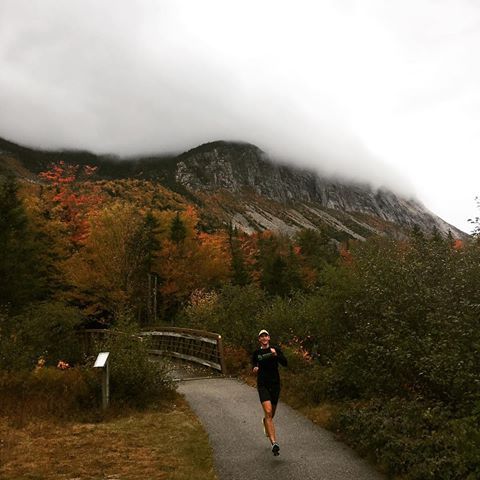 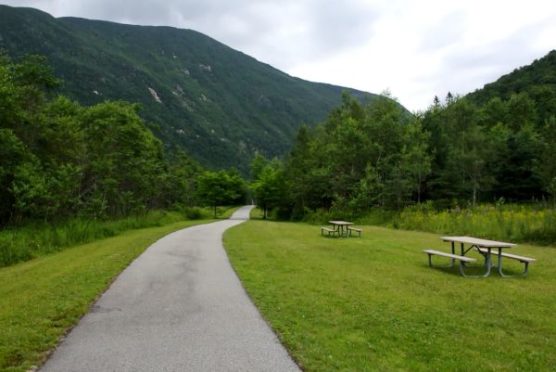 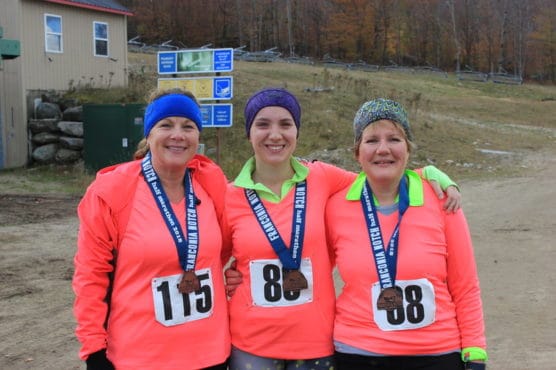 All photos courtesy Get Racing Now/Franconia Notch Half Marathon

Nestled along the western side of the White Mountains in western New Hampshire, roughly 96 miles north of Manchester along I-93, Franconia typically sees temperatures between the mid-30s and the mid-50s in October, while precipitation amounts average just over 3.3 inches for the month.

See the race route map for the Franconia Notch Half Marathon here.

$75 for the half marathon

To reserve your spot in the 2022 running of the Franconia Notch Half Marathon, register online at RaceWire.com here.

Ever run in the Franconia Notch Half Marathon? Share your impressions here, as well as anything you learned about the race that you think other runners/walkers should know.