Come out and “enjoy” an early springtime (but probably still cold) run for 13.1 miles along the windswept Atlantic Ocean coastline of New Hampshire’s beachfront towns at the annual Hampton Half Marathon & 5K, which takes runners from Ashworth-by-the-Sea just north of Hampton Beach, along a route that passes alongside the sandy beaches near the area’s summertime resort hotels.

Open to both runners and walkers, the race starts at 10:00 AM to give the sun a chance to warm up the temperatures just a little bit, and then sends participants out on a loop course that takes them northward along Ocean Boulevard, past the Great Boars Head lighthouse.

The race route then turns inland on Winnacunnet Road, taking runners west on an inland route along the rural roads through the villages of Hampton and North Hampton, as runners encounter numerous rolling hills mixed with flat stretches along paved country roads.

Winding its way through Hampton and North Hampton, the race course makes turns onto Barbour Road, Little River Road, Woodland Road and Maple Road over the next few miles, until runners and walkers make their way back to the shore near Philbrick Pond just north of Little Boars Head. 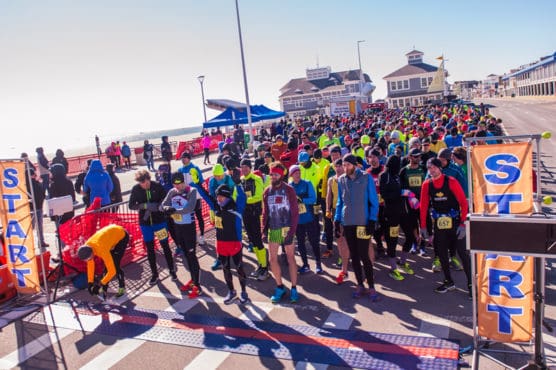 This starts a stretch of the race that many consider its most scenic and dramatically beautiful, a four-mile stretch all along the ocean that takes participants through North Hampton State Park, Plaice Cove and New Hampshire’s North Beach, which many travelers (and local tourist organizations) call perhaps the “most spectacular oceanside drive on the East Coast.”

Along this stretch, runners will see a combination of gorgeous natural scenery and classic New England architecture styles, as the rocky cliffs of Little Boars Head and nearby gardens are mixed in with stately Victorian and Edwardian-style homes.

Runners follow these last few miles of the race all the way south back to the starting line, finishing up as the post-race party is beginning at Ashworth-by-the-Sea.

Because this is a “wintertime running adventure,” as race organizers call it, all participants are strongly encouraged to bring cold-weather running clothing and gear, as the race is likely to take place in very cold conditions. 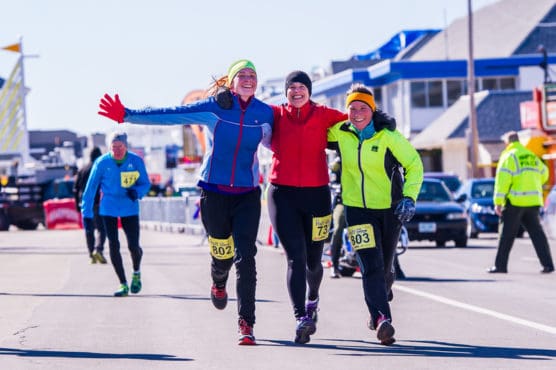 Runners on the course at last year’s Hampton Half Marathon. (Courtesy Loco Races) 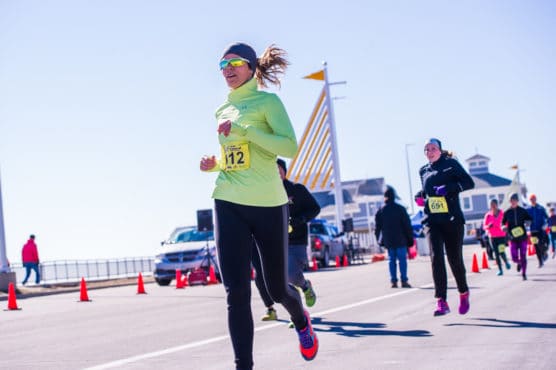 Nestled along New Hampshire’s Atlantic coastline, in the southeastern corner of the state, the town of Hampton typically experiences cold, blustery weather conditions in the late winter season and relatively steady precipitation (frozen in winter, rainfall in summer) year-round.

See the race route map for the Hampton Half Marathon here.

To reserve your spot in the late winter 2023 running of Hampton Beach’s Hampton Half Marathon or 5K race, register online at the event website here.

Ever run in the Hampton Half Marathon? Share your impressions here, or post your review in the Comments box below.