Rock the River: Palisades Half Marathon

Filled with hills, trees and views of the Hudson River in this serene park that lies just a few miles from the hustle and bustle of Manhattan in nearby New York City, the Rock the River: Palisades Half Marathon takes runners along along an out-and-back route that unfolds entirely within New Jersey’s Palisades Interstate Park.

Runners will make their way along roughly a 6 1/2-mile out-and-back stretch of a park that got its start around the turn of the last century, with the creation of the Palisades Interstate Park Commission in 1900.

That initial effort to preserve the majestic stone cliffs and palisades along the Hudson River from being destroyed by nearby stone quarry operations has lasted ever since, and today the commission preserves more than 100,000 acres of parkland up and down the New York and New Jersey coasts.

Wild, pristine forests. Today, the park that will host the race features about 2,500 acres of wild, pristine forests and shoreline that are perhaps best known for their high cliff walls overlooking the Hudson River, stretching just over 12 miles along the northeastern New Jersey coast all the way to the New York-New Jersey state line.

Runners will start the race at the southern end of the park at the Ross Dock, and from there head north along a route that the race organizers describe as “challenging,” thanks in part to the numerous hills along the paved park roads.

The course will keep runners on Henry Hudson Drive for most of the half marathon route, all the way north to the half-way turnaround point near Hillside Avenue in nearby Alpine. 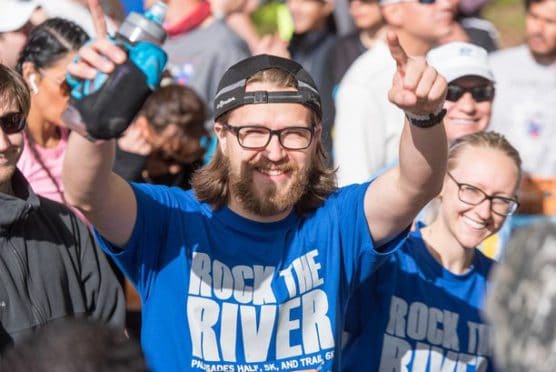 Start/finish at Ross Dock. There, runners then make the turn in the traffic circle and head back along Henry Hudson Drive (which organizers add is one of the nation’s oldest scenic drives) along the route they’ve just run, all the way back to the Ross Dock for the race finish.

Proceeds from the race will go to benefit the Palisades Interstate Park Commission, for the purpose of renovating and improving the park trails and roads within the park’s New Jersey section. 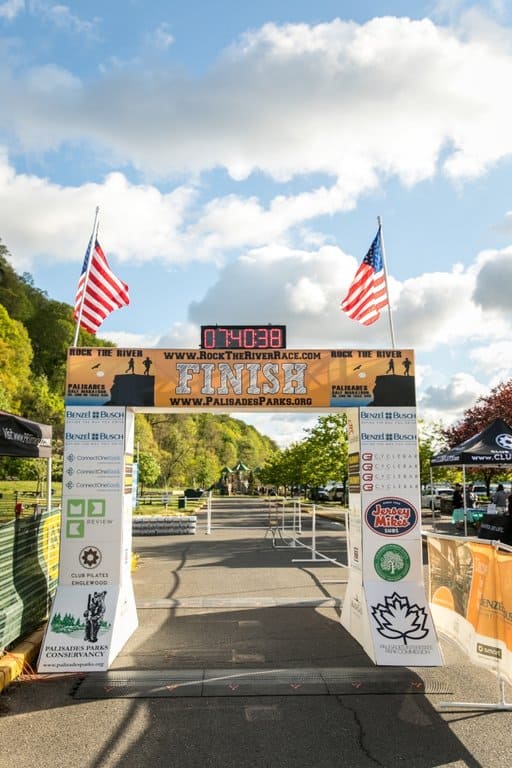 All photos courtesy Rock the River: Palisades Half Marathon

Nestled along the Hudson River in northeastern New Jersey, about 16 miles northeast of Newark and roughly 10 miles north of downtown New York City, Fort Lee typically sees mild to warm weather conditions in October, with temperatures typically ranging from the mid-40s to the high 60s.

See the race route map for the Rock the River: Palisades Half Marathon here.

To reserve your spot in the 2021 running of Fort Lee’s Rock the River: Palisades Half Marathon race, register online at RunSignUp here.

Ever run in the Rock the River Race? Share your impressions here, or post your review in the Comments below.