Famous for its miles-long boardwalk, beaches and seaside attractions like the roller coasters, waterparks and amusement parks that make up Morey’s Piers, the Wildwoods area of New Jersey here along Cape May play host each spring to the MudHen Half Marathon (known as “The Wild Half” before 2018), a half marathon that will take runners past a number of these attractions and along the boardwalk where waves crash along the shoreline.


Water surrounds the race route for nearly all of the event’s 13.1 miles, as runners follow an out-and-back route that will start and finish near the Wildwoods Convention Center, along Ocean Avenue near the intersection with Rio Grand Avenue. From there, runners start off by heading southeast along Ocean Avenue, down to where it meets East Fern.

This area, which is collectively known as “the Wildwoods” of New Jersey, is really several communities — Wildwood Crest to the southeast, Wildwood and North Wildwood to the northeast, and Diamond Beach further to the south.

Thousands of tourists and beachgoers flock to the area every summer from nearby New York, Pennsylvania and other parts of New Jersey, to take in attractions that have been a part of this beachtown for decades.

After making their way northeast along the boardwalk, the remainder of the first half of the race course takes runners back northwest into the island, with turns along 2nd Avenue, 1st Avenue, Spruce Avenue and Anglesea Drive.

Then, runners turn onto Wildwood Boulevard and head across the Stone Harbor Bridge over to Nummy Island, where they reach the half-way turnaround point and then head back over the bridge. Runners next retrace their steps along the route they’ve just run, heading back southeast along Anglesea, Spruce, 1st and 2nd Avenue.

The course returns to the boardwalk once again, giving runners another glimpse of the scenic beaches and coastline areas, before bringing them down to the turn onto Ocean Avenue, for the final mile and a half of the race, back in to the finish line near the convention center.

Runners and walkers also should be aware that there is a 4-hour limit, so they’ll need to complete the half marathon’s 13.1 miles by 11:30 AM. 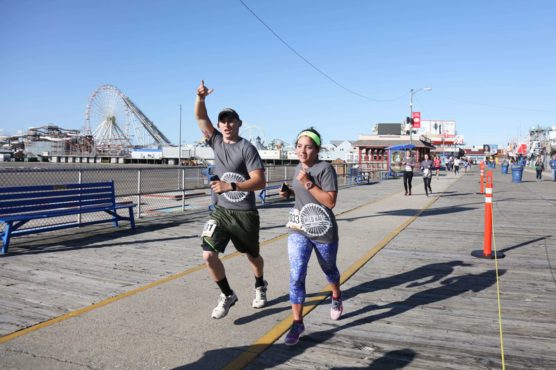 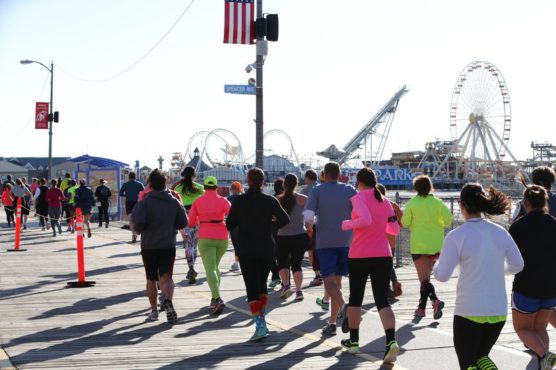 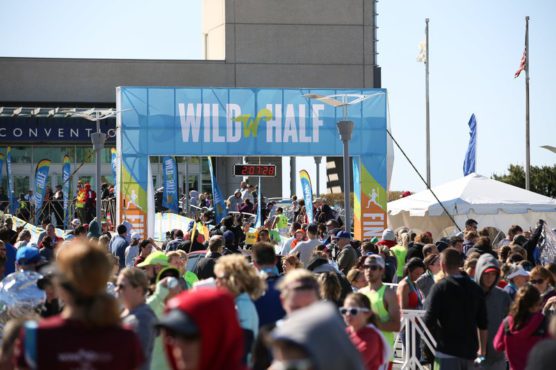 All photos courtesy The Wild Half

Located along the boardwalk and the Atlantic coastline near the area known as Cape May along the southernmost tip of New Jersey, Wildwood typically experiences some of its driest weather of the year in April, which has brought record temperatures here as low as 22ºF (in 1982) and as high as 88ºF (in 2002).

See the race route map for the MudHen Half Marathon here.

To reserve your spot in the 2019 running of Wildwood’s MudHen Half Marathon or 8K race, register online at Active.com here.

Ever run in the MudHen Half Marathon? Share your impressions here, or post your review in the Comments below.