Lady of the Mountain Half Marathon, 10K & 5K

Runners will get the chance to run along a road called Scenic Drive, along the base of the Sacramento Mountains and within an hour’s drive of the awe-inspiring White Sands National Monument, at the Lady of the Mountain Half Marathon, which features a half marathon as well as a 10K and 5K at this December’s running.

The race begins at Alamogordo’s Griggs Field sports complex on Fairgrounds Road, and from there unfolds along largely a north-south route on Scenic Drive. After leaving Griggs Field and running about 3/4 of a mile, runners turn right onto Scenic Drive and spend the next several miles running south along the base of the nearby Sacramento Mountains and the Lincoln National Forest.

It’s along this stretch that runners will be able to catch a glimpse of the legendary “Lady of the Mountain” for which the race is named, as they can see the figure of a woman lying on her back chiseled into the mountain, looking over the highway from above.

The course continues south along Scenic Drive for the next several miles, all the way down to the point where Scenic Drive ends, at the intersection with Ocotillo Drive. Runners then make the turnaround and head back north along Scenic, and make a right turn on East 1st Street for a loop around the areas just off 1st and Shadow Mountain Drive.

Once they’ve made the loop, the course returns back to Scenic Drive, where runners make a right and head north, all the way back up to Griggs Field for the race finish.

Along the way, they’ll pass by the New Mexico Museum of Space History and make their way over some hilly terrain, organizers note, as there are some steep hills in the loop section off 1st Street and Shadow Mountain Drive, as well as the first and last miles of the course. 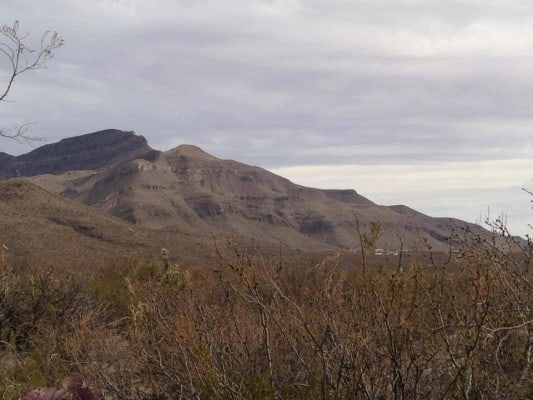 The “lady of the mountain.” (Photo courtesy Lady of the Mountain Half Marathon)

Located near the base of the Sacramento Mountains in southern New Mexico, roughly 210 miles southeast of Albuquerque, Alamogordo typically sees November temperatures between 29ºF and 56ºF, while rainfall amounts average just under an inch and snowfall totals average 1.1 inches.

See the Lady of the Mountain Half Marathon course map here.

To reserve your spot in the 2023 running of Alamogordo’s Lady of the Mountain Half Marathon, Relay, 10K or 5K race, register on RunSignUp.com.

Ever run in the Lady of the Mountain Half Marathon? Share your impressions here, or post your review in the Comments box below.