What race organizers describe as “probably the most beautiful 26 miles, 385 yards you’ll ever run” is on display for runners each September in the Adirondack Marathon Distance Festival, which includes a full marathon and two-person marathon relay, half-marathon, and 10K and 5K races.

More than 890 runners crossed the finish line in 2014 in all races combined — including just over 500 finishers in the half-marathon alone — for a race that begins at mile 13 of the full marathon and takes participants around the southern tip of Schroon Lake back up toward the town of Schroon for the finish.

The course for the half is generally easier than the full marathon course, and starts out fast and flat for the first five to six miles. After the course takes the turn at Pottersville, the Route 9 portion of the course begins, and includes a series of long, gently rolling hills.

The half marathon starts at 10:00 AM and the course remains open for five hours; after 2:30 PM, the course re-opens to traffic and there will be no services (including water, gatordade and restrooms for runners) available along the course after this time. The weekend’s 10K and 5K races take place the day before the full- and half-marathon races, in the nearby town of Chestertown.

Organizers note that the half marathon is limited to 650 runners and sells out every year, so prospective entrants are encouraged to sign up early to ensure they secure a spot for the 13.1-mile race.

Shuttle bus transportation will be provided to take runners from the start/finish area for the full marathon to the half marathon starting line, which lies on the opposite side of the lake. 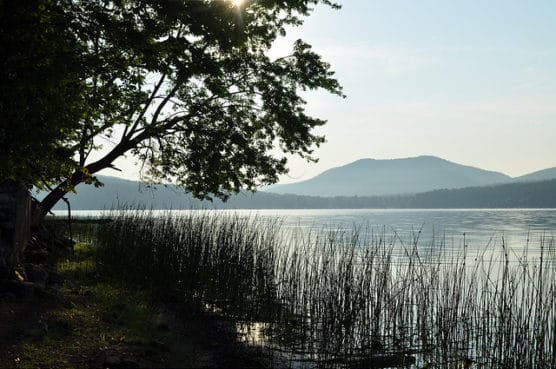 Early October weather conditions in Schroon Lake, a town of about 2,000 residents just off Interstate 87 in Adirondack Park in upstate New York — roughly 240 miles north of New York City — tend to be milder and slightly less rainy than the summer months.

See the race route map for the Adirondack Half Marathon here.

To reserve your spot in the 2023 running of the Adirondack Marathon Distance Festival, register online at RaceRoster.com here.

Ever run in the Adirondack Half Marathon? Share your impressions here, or post your review in the Comments below.