The ninth in a series of 10 half marathon race events that take place in California, South Carolina, New York, Hawaii and Puerto Rico under the banner of the Divas Half Marathon Series, the Divas Half Marathon at Long Island is set to make its 9th annual running in 2018 along a flat, fast out-and-back course that will start and finish in Long Island’s historic Eisenhower Park.

With roughly 930 acres of green space, Eisenhower Park is actually larger than its much more famous counterpart in Manhattan, Central Park. Filled with tennis courts, athletic fields, a golf course and miles of fitness trails, the park will serve as the starting location and the first mile or so of the race route, as runners make a lap around the park to start the race.

From there, runners then make their way along East Meadow’s Merrick Avenue and Charles Lindbergh Boulevard before heading into the area known locally as the Nassau County Hub, followed by stretches that take runners past local landmarks like the Nassau Coliseum, the home of the NHL’s New York Islanders, as well as Museum Row and the Mitchell Athletic Complex.

The finish line festivities will be one of this race’s most unique features, as local men — think firefighters and other heroes — will be on hand to give out finisher’s medals to all of the women crossing the finish line, as well as a celebratory glass of champagne and a rose. 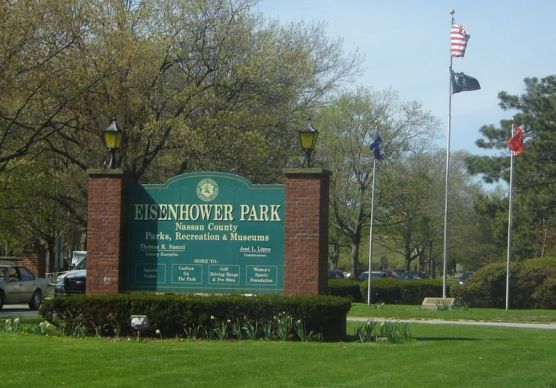 Located near the western end of Long Island and just over 30 miles east of New York City, the town of East Meadow typically experiences mild to moderately cool weather conditions around the time of the race, and relatively even precipitation throughout the year.

See the race route map for the Long Island Divas Half Marathon here.

To reserve your spot in the early fall 2018 running of East Meadow’s Divas Half Marathon at Long Island or Girls 5K race, register online at Active.com here.

Ever run in the Divas Half Marathon in Long Island? Share your impressions here, or post your review in the Comments below.