Set for its 5th annual running as summer is giving way to fall here along the boardwalk at New York’s Coney Island, the NYC Lives Half Marathon (known as the Indian Summer Half Marathon through 2019) is set to take runners on a triple-loop course along the famed Riegelmann Boardwalk, a fast and pancake-flat race that offers the chance to run along the beachfront.


Hosted by City Tri races, this 13.1-miler is one of six half marathons that the organization puts on in Brooklyn throughout the year. (It hosts two more in October and November to complete its slate of races for the year.)

Runners will start the race at Steeplechase Pier next to the historic B&B Carousell, which has been part of Luna Park here on Coney Island since it was built back in 1906, and is known for its 50 hand-carved painted horses, which have been restored to their original glory in recent years.

After they make the turn there, runners will head back this time along the entire length of the 2 1/2-mile-long boardwalk, all the way back to West 37th Street for another turnaround. Then they complete a second loop out to West 37th and back, before bringing it back in again to the race finish at Steeplechase Pier.

Organizers say the flat course and sea breeze coming in off the ocean make it a great way to “build your long run,” presumably for the New York City Marathon that runs later in the fall. 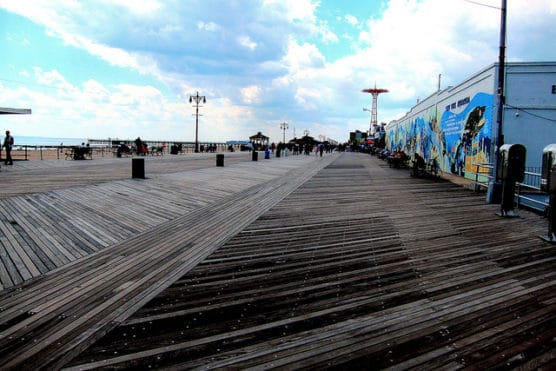 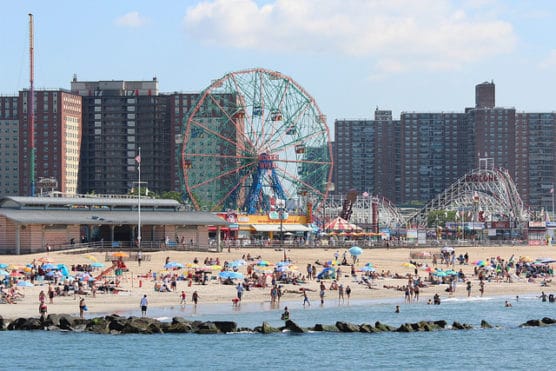 Nestled along the shoreline of the Coney Island peninsula in New York City, Brooklyn typically sees mild to still quite-warm weather in September, which brings temperatures that average between the upper 50s and the mid-70s.

See the race route map for the NYC Lives Half Marathon here.

$74 and up for the half marathon

To reserve your spot in the 2022 running of Brooklyn’s NYC Lives Half Marathon, register online at Active.com here.

Ever run in the NYC Lives Half Marathon? Share your impressions here, as well as anything you learned about the race that you think other runners/walkers should know.