This challenging and scenic half marathon returns this year to the trails that wind through the woods just north of the campus of Paul Smith’s College in the Adirondacks of Upstate New York, for an out-and-back run that’ll include more than 2,300 feet of elevation change as you run up into the mountain from which the event gets its name.

Runners in both the 10K and the half marathon will start their course at the Paul Smith’s College VIC, located just off State Route 30.

From there, the course follows what is roughly a clockwise loop along the trails and logging roads of the forests here, along single-track trails that wind up and down hills, around lakes and ponds, and cross a few bridges.

Weather conditions may vary on race day, so be prepared for wet weather, organizers add. The photos below offer a glimpse of the kind of scenery and terrain you can expect to encounter out on the trails. 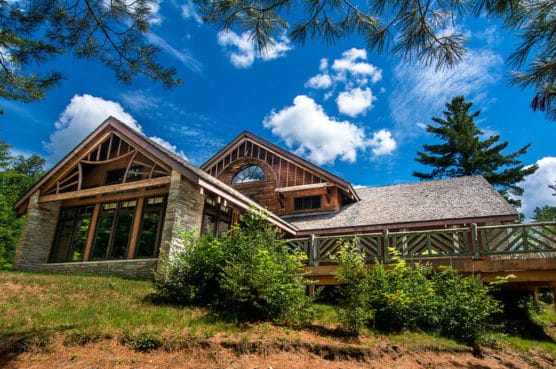 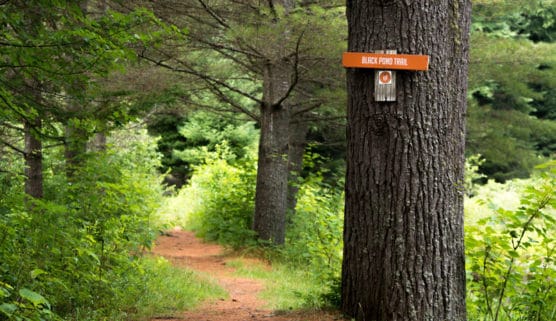 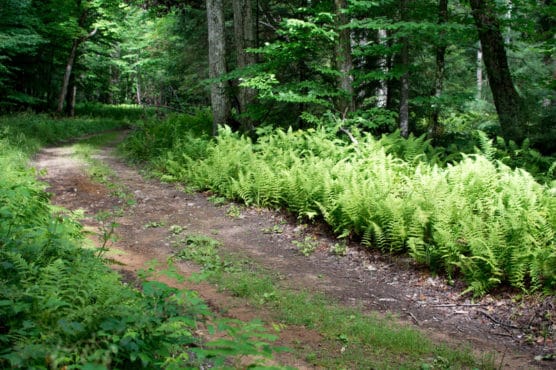 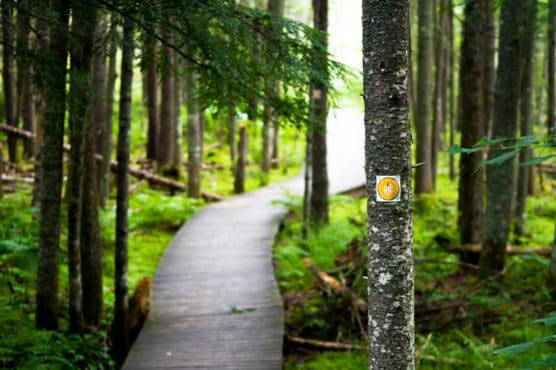 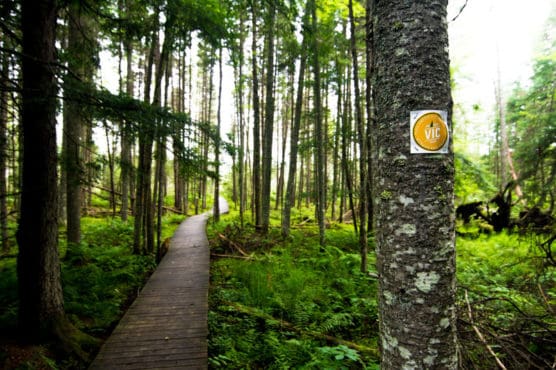 Nestled along the banks of Lower Saint Regis Lake in New York’s Adirondacks region, about 160 miles northwest of Albany, Paul Smiths typically sees temperatures that range between 50ºF and 76ºF in August, which also is its wettest month of the year.

See the race route map for the Jenkins Mountain Scramble Half Marathon here.

To reserve your spot in the 2022 running of the Jenkins Mountain Scramble, register online at the UltraSignUp.com here.

Ever run in the Jenkins Mountain Scramble? Share your impressions here, as well as anything you learned about the race that you think other runners/walkers should know.