Set for its sixth annual running this spring and moving to the spring to take advantage of the pleasant spring weather, the NYCRUNS Brooklyn Marathon brings back the half marathon distance along a newly-designed course that will unfold in the heart of Brooklyn and finish in Brooklyn’s iconic Prospect Park.

The heart of Brooklyn. Brooklyn is part of New York City but would be the third most populous city if each borough were its own city–and the largest of the New York City boroughs. (Brooklyn would trail only Los Angeles and Chicago in population.) Starting at McCarren Park in the Williamsburg neighborhood of Brooklyn, the half marathon course continues south through Williamsburg along Kent Avenue, where runners can take in the water and views of Manhattan.

Run through history. Opened to the public in 1867 and designed by Frederick Law Olmstead and Calvert Vaux, the legendary landscape architects who also designed Manhattan’s Central Park and a number of public parks, university campuses, Prospect Park today spans 585 acres and is home to thousands of things to do for Brooklynites, from fishing and boating in its lakes to running, biking and tennis, as well as its Carousel and Prospect Park Zoo.

You’ll get to take all that in as you make your way around the park during the race, where you’ll reach the outer border of the park just past mile 7. But there’s more exploring to be done before entering the park. After a brief out-and-back along Eastern Parkway, runners make the turn and head back toward the park, all the way to Washington Avenue, where they turn again (right) to head south along the park’s eastern edge.

Once you’ve made the turn, the race heads south along Ocean Avenue and then Parkside Avenue, where you’ll enter the grounds of Prospect Park and begin the final few miles of the race, which unfold entirely within the park along East Drive and West Drive, before bringing you across the finish line on Center Drive. 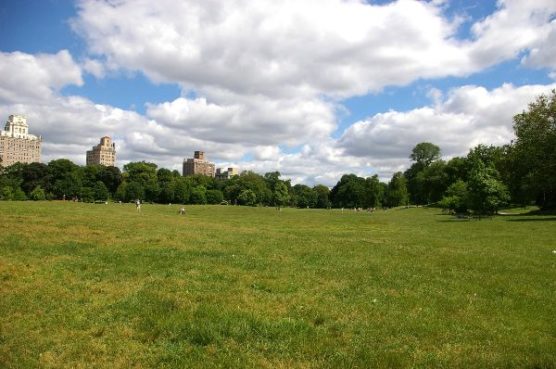 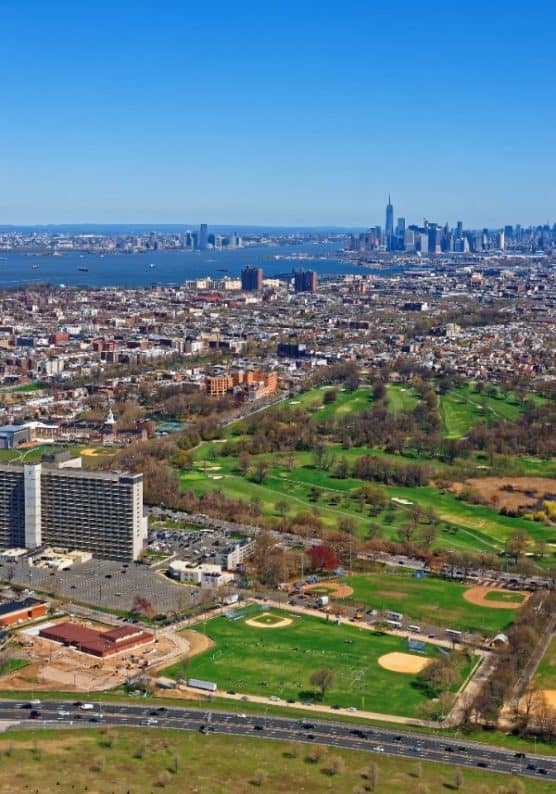 An aerial view of Brooklyn’s Prospect Park and Manhattan in the background. (© Erix2005 | Dreamstime.com)

Located just a few miles from the heart of Manhattan in New York City, Brooklyn typically sees some of its mildest (and occasionally quite chilly) temperatures in April, while rainfall totals are mostly steady year-round, averaging about 3.8 inches for the month.

See the race route map for the NYCRUNS Brooklyn Half Marathon here.

To reserve your spot in the 2023 running of the NYCRUNS Brooklyn Marathon or Half Marathon race, register online at the event website here.

Ever run in the NYCRUNS Brooklyn Half Marathon? Share your impressions here, as well as anything you learned about the race that you think other runners/walkers should know.