Set for its 9th annual running this year as winter is turning to spring — but just its third time open to the public, who will get to sign up for 1,000 spots to run with the Corps of Cadets — the West Point Fallen Comrades Half Marathon will take you around the campus of the United States Military Academy at West Point, along a gorgeously scenic, hilly and often challenging route.

Run through America’s first military academy. You’ll run through an important part of American history at this race, the place that Thomas Jefferson helped create with one of his first official acts as president in 1801 and was hugely influential in the development of higher education in the U.S.

Today it’s a U.S. National Historic Landmark and is listed on the U.S. Register of Historic Places, thanks to the many historic monuments and buildings throughout the 16,000-acre campus.

You’ll get to see many of them on the winding route through the campus, which starts and finishes along Mills Road in front of Michie Stadium, home of West Point’s Army Black Knights football team, overlooking the Lusk Reservoir.

From there, you’ll head south toward Buffalo Soldier Field, which memorializes the Buffalo Soldiers, the African-American regiment that served on the western frontier after the Civil War.

Run along the Hudson River. What follows is a long stretch along the Hudson River, one of the most scenic stretches of the race. You’ll run along Thayer Road and Cullum Road up toward the parade ground known as the Plain, on your way past Trophy Point, where you’ll pass by one of the world’s largest granite columns and get to look out onto the river again.

You’ll pass both Gillis Field House and Shea Stadium — the indoor and outdoor track facilities — before making a steady climb to Washington Road. At the top, the race runs past West Point Cemetery, where hundreds of the Long Grey Line’s finest are laid to rest.

There, the course offers a scenic view of Lee Housing, which is also where runners reach the 10K mark and then make their way toard Keller Army Community Hospital, which leads into Grey Ghost and New Brick housing.

Hills at miles 5, 7 and 9. Breathe easily along the next stretch, an easier part of the run that heads back towards the cadet area before making a challenging climb up Delafield Road on the way toward Michie Stadium. That’s where runners finish the first (and largest) loop, after they circle around Lusk Reservoir and cross the stone bridge.

The hilliest stretches of the race occur around miles 5, 7 and 9, and then there’s a final hill in the last mile of the race as you’re heading back toward Michie Stadium, where the West Point football team plays, and where you’ll cross the finish line inside the stadium.

Organizers note that you’ll need to allow yourself enough time to get through the security checkpoints on campus, so don’t delay when you’re arriving — there’s also a race for kids following the half marathon, a 3/4-mile loop around Lusk Reservoir that also finishes inside Michie Stadium. 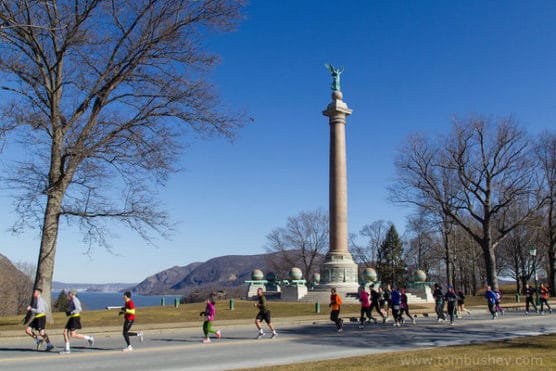 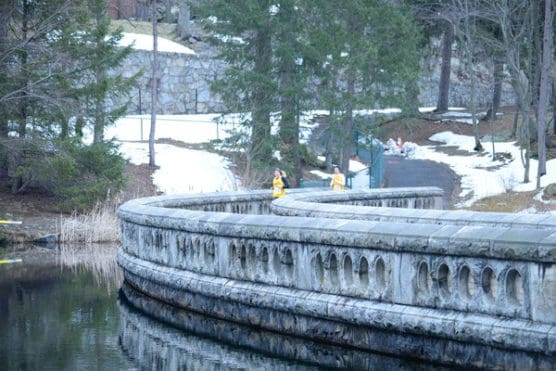 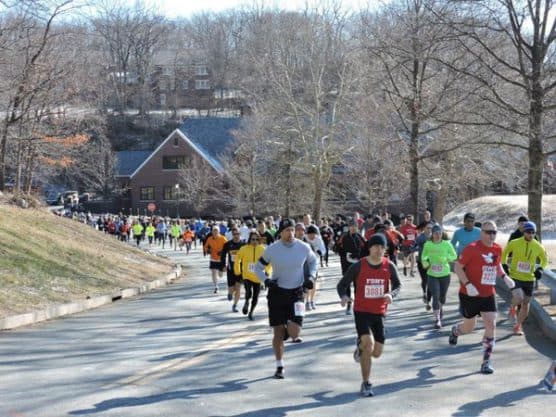 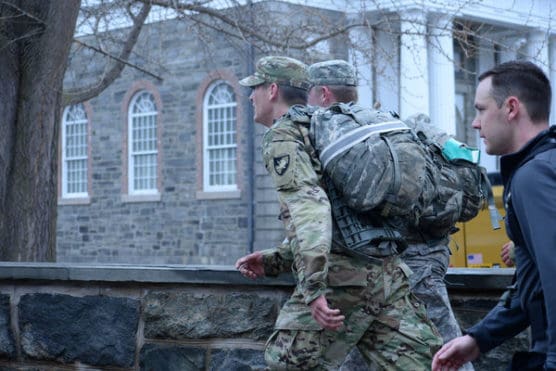 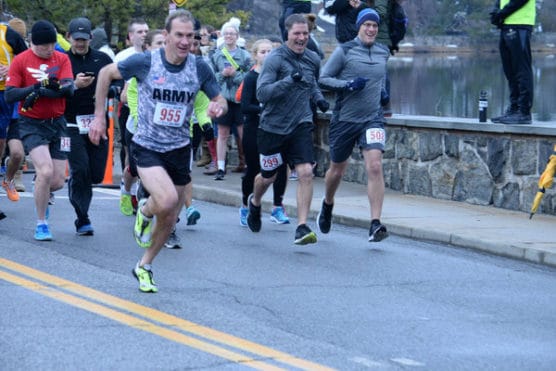 Nestled along a bend in the Hudson River roughly 60 miles north of New York City, West Point typically sees still quite chilly weather in March, when temperatures average between the upper 20s and the low 50s, and snow is still very much a possibility — the area sees an average of 7 inches of snowfall during the month.

To reserve your spot in the 2019 running of the West Point Fallen Comrades Half Marathon, register online at RunSignUp.com here.

Ever run in the West Point Fallen Comrades Half Marathon? Share your impressions here, as well as anything you learned about the race that you think other runners/walkers should know.