Gateway to the Smokies Half Marathon

If you’ve ever traveled to western North Carolina near Asheville, you know what you’ll encounter when you come here — lush, green, tree-covered mountains as far as the eye can see, just beyond the wilderness areas of Great Smoky Mountains National Park and the Pisgah National Forest, the former of which is the most visited national park in America.

You’ll get to run in the shadow of all of that at the Gateway to the Smokies Half Marathon, which makes its second annual running in the heart of the spring season in a small town called Waynesville, which lies just south of the entrance to the national park — hence the name, “Gateway to the Smokies.”

Runners start the race in downtown Waynesville, home to around 9,800 residents, at the corner of Main and Depot Streets. From there, they’ll head south along Main for the race’s first couple of miles, and and then follow a loop that circles the Waynesville Inn Golf Resort and Spa, where runners also hit the first hills of the course.

Get ready to run up high. You’ll be at an elevation of about 2,750 feet in Waynesville — by contrast, the elevation of the nearest big city, Atlanta, is near 1,000 feet — so you’ll need to be ready for some elevation challenges if you’re accustomed to running closer to sea level. But the course also “takes your breath away,” thanks to its stunning late spring scenery, organizers say, as the photo below shows.

The course features a mix of stretches through residential areas, downtown Waynesville’s city streets, and long stretches out on the rolling mountain roads here in the Smokies, where you can drive to Asheville after the race in less than half an hour. 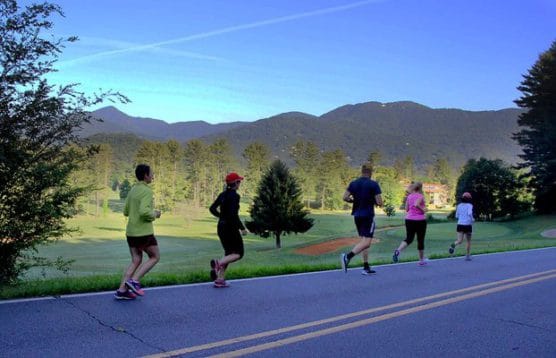 The race will finish at the corner of Commerce and Depot Streets in Waynesville’s Frog Level, a historic railroad district that’s listed today on the National Register of Historic Places and where many of the buildings date back to the early 20th century.

After the race, in Frog Level race organizers say you can take in live music, beer from local craft breweries and plenty of food and post-race refreshments. 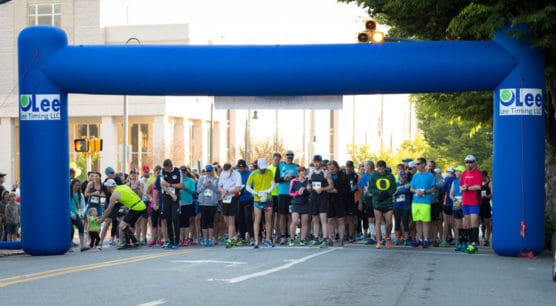 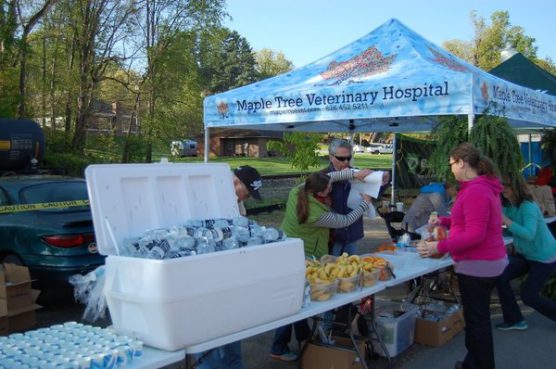 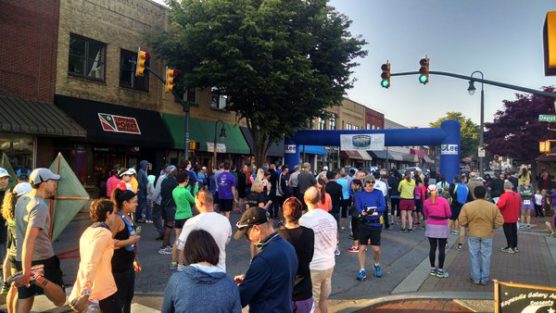 All photos courtesy Gateway to the Smokies Half Marathon

Nestled among the Blue Ridge and Great Smoky Mountains of western North Carolina, about 30 miles southwest of Asheville, Waynesville typically sees some of its mildest weather of the year in April, where temperatures typically range from the mid-30s to the high 60s. Cool and sometimes cold temperatures are typical, especially in the morning hours.

See the race route map for the Gateway to the Smokies Half Marathon here.

To reserve your spot in the 2022 running of Waynesville’s Gateway to the Smokies Half Marathon, visit the event website below.

Ever run in the Gateway to the Smokies Half Marathon? Share your impressions here, or post your review in the Comments below.