Run the Valley Half Marathon & 5K

It’s known as one of the toughest half marathons in the state by the more than 100 runners who climb the race’s mountain route here in southern central North Carolina each October, the Run the Valley Half Marathon & 5K takes runners on a beautifully scenic and challenging 13.1-mile route.

The race runs from the town of Badin up to the top of the namesake mountain in Morrow Mountain State Park, which looks over both the starting line and the nearby city of Albemarle.

The race began as a 10K race only back in 1998, and has since adapted over the years to add both a 8K and a 13.1-mile distance. Both of the races start and finish at the post office in Badin.

The building lies just a short drive from Albemarle, and when they’re done with the race, runners can take part in the town’s annual Best of Badin festival, which features food, music, games and more to celebrate this town’s origins.

Runners can expect a combination of rolling hills and some steep stretches along the race course, which winds through Morrow Mountain State Park, whose more than 4,700 acres are part of North Carolina’s Uwharrie Mountain range, whose ancient, tree-covered peaks look out onto the more gently rolling Piedmont hills below. 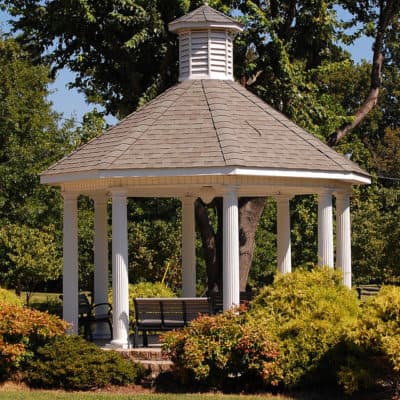 Located among the rolling hills of southern North Carolina’s Piedmont region, just west of the Uhwarrie National Forest and roughly 50 miles east of Charlotte, Badin typically experiences mild conditions in January, which has brought record temperatures here as low as 21°F (in 1952) and as high as 102°F (in 1954).

See the race route map for the Run the Valley Half Marathon here.

To reserve your spot in the 2023 running of Badin’s Run the Valley Half Marathon or 8K race, register online at RunSignUp.com here.

Ever run in the Run the Valley Half Marathon? Share your impressions here, or post your review in the Comments below.