The fourth in a series of trail races set to take place throughout 2015 in the Carolinas and Georgia, the South Mountains Half Marathon takes runners on a hilly and challenging out-and-back trail run along the wide track trails of western North Carolina’s South Mountains State Park, which lies in the Appalachian hills just outside Charlotte.

Note: Go Run Events has closed up shop as of late 2015. The information below refers to the 2015 event.


The park’s more than 18,000 acres are home to more than 40 miles of trails that wind through mountains that climb up to 3,000 feet above sea level, as well as the waterfall known as High Shoals Falls, which drops some 80 feet over a cliff into the Jacob’s Fork River that flows through the park.

The South Mountains themselves once served as a barrier between the Cherokee and the Catawba Native American tribes that lived in the area, and many of the trails that hikers trek today once served as travel routes through the mountains.

Runners in the race will start out on paved surfaces and then quickly head onto the dirt trails that wind through the forest, starting a climb that will ascend continuously throughout the first half of the race (organizers say it feels like a “never ending road to the sky”).

While there are many uphills and downhills on the way to the peak elevation on the course — which occurs at about the mile 7 marker — overall it’s almost all uphill in the first half of the race.

Once they make the turn, the rest of the course heads on a descent back in to the finish line. Organizers add that the final four miles of the race are the fastest — they’re “four intense downhill” miles — and that the trails are plenty wide enough to accommodate the race field, which will be limited to the first 120 entrants.

There are no obstacles on the course, they add, but runners will need to be ready for a challenging race with plenty of uphill (and downhill) running, so you’ll need to have experience in trail running conditions. 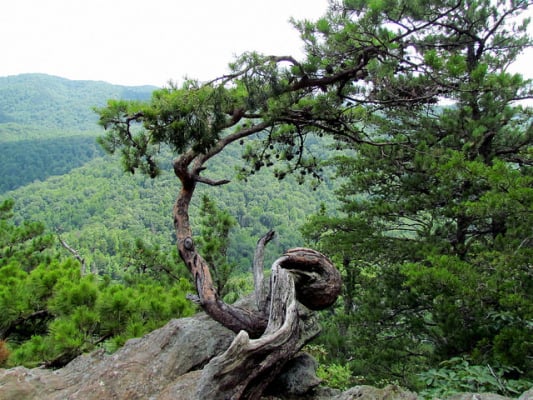 Nestled among the hills of western North Carolina, about 60 miles northwest of Charlotte, Connelly Springs typically sees February temperatures that average between 32°F and 53°F, while precipitation amounts average just under 3.9 inches for the month — with 2.2 inches of snowfall on average.

See the race route map for the South Mountains Half Marathon here.

To reserve your spot in the late winter 2015 running of Connelly Springs’ South Mountains Half Marathon, register online at Active.com here.