Get ready to run through what locals call “the friendliest town in the South” at the Tryon Half Marathon, which pulls off a rare feat for a race of its kind — it’s run through the mountains of western North Carolina but it features some of the flattest terrain you can find at a mountain race, as only about 100 feet of elevation separates the highest and lowest points on the course.

The race unfolds just north of Tryon, N.C., home to just over 1,600 residents in the Blue Ridge Mountains near Asheville and along the North Carolina-South Carolina border. The area’s history dates all the way back to the early 1500s, when explorer Hernando de Soto and his men surveyed this part of what is now North Carolina in his famous search for gold.

Because it’s located in the escarpment of the Blue Ridge Mountains, Tryon lies in a thermal belt region that gives it moderate winters and cool breezes in the summertime, and warmer weather can last longer here than in other parts of this mountainous region.

That’s what you’ll be running through when you line up at the starting line, which lies on Harmon Field Road next to the baseball fields. From there, you’ll head east onto Clarence Rhodes Road.

Once you make the turn, you’ll follow that road until it becomes Seriven Road, which they’ll follow for the next few miles as it winds alongside the North Pacolet River. The course reaches its half-way turnaround point on Carriage Row just north of the river, and then heads all the way back to Harmon Field for the race finish.

The course is made up of 25 percent paved roads and 75 percent packed dirt and gravel trails and roads, so there’s plenty of soft terrain out on the course. And because much of the course winds alongside the river, you’ll get to see plenty of mountain streams and river flows, and even cross over the river a few times.

The start of the race. (Photo courtesy Tryon Half Marathon) 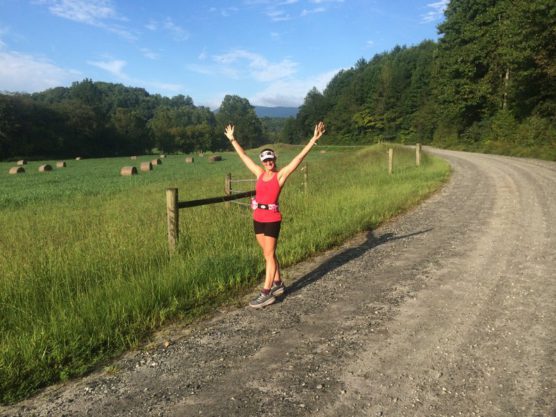 A runner in last year’s race snaps a photo out on the course. (Photo courtesy Tryon Half Marathon) 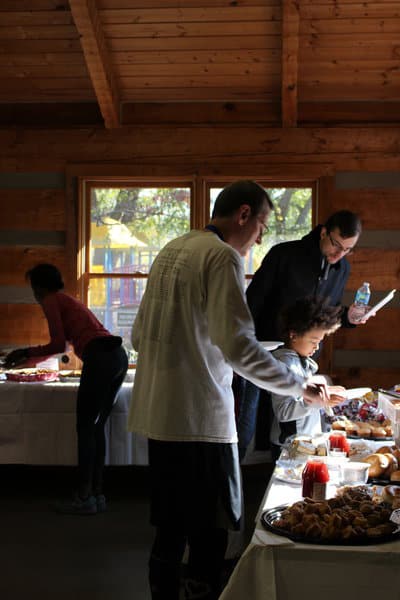 Nestled in the Blue Ridge Mountains of western North Carolina, roughly an hour’s drive south from Asheville, Tryon typically sees cool and occasionally quite cold weather in November, the month that usually brings the area’s first traces of snow.

See the race route map for the Tryon Half Marathon here.

To reserve your spot in the 2022 running of the Tryon Half Marathon, visit the event website below.

Ever run in the Tryon Half Marathon? Share your impressions here, as well as anything you learned about the race that you think other runners/walkers should know.