Located in what some call the heart of Ohio’s Amish country, where it is surrounded not only by several other Amish villages but also plenty of gorgeous rolling country hills and farms, Berlin plays host this September to the annual Amish Country Half, which draws several hundred runners each year.

The race is set to follow an out-and-back course that starts and finishes just east of nearby Berlin’s town center, near Grace Mennonite Church and the Amish & Mennonite Heritage Center along Highway 77, just off the Amish Country Byway.

From there, runners make a counter-clockwise loop along the rolling country roads east of Berlin, where they’ll encounter some challenging hills, especially in the race’s first half.

The hills begin almost immediately after the race starts, where runners have a big downhill in the second mile as they head south. That’s followed by a series of uphills and downhills over the next few miles, and the race doesn’t really flatten out until after runners have hit miles 3 through 5.

After that, the course does flatten out for the next four miles or so. There’s a gradual uphill starting around mile 11 that becomes steeper as you’re nearing mile 12, but there will also be plenty of scenery to take in, as the two-lane highways here in Amish country are shouldered by rolling farmland on either side.

Children from local Amish families will be helping out at a few of the water stops along the course, organizers say, and every finisher will receive a block of cheese made locally as well as a finishers’ medal. 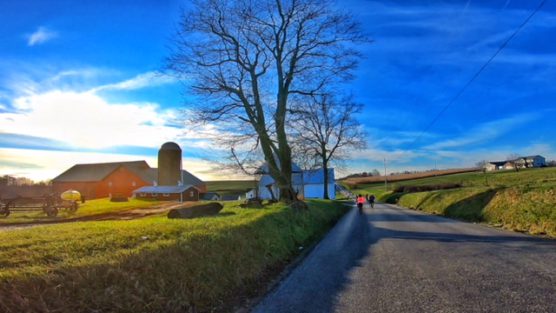 Nestled in the rural countryside of eastern Ohio, about 84 miles northeast of Columbus and roughly 75 miles south of Cleveland, Berlin typically sees September temperatures that average between the low 50s and the low to mid-70s.

To reserve your spot in the 2023 running of Berlin’s Amish Country Half Marathon, 10K or 5K race, visit the event website below.

Ever run in the Amish Country Half Marathon? Share your impressions here, or post your review in the Comments box below.