This race takes its name from Toledo’s nickname the “Glass City,” as it has been well-known for decades as a center of glass and auto parts production and boasts the first building in the U.S. to be constructed completely covered in glass, the headquarters of the Owens-Illinois Glass Company, built in 1936.

More than 4,000 runners and walkers take to the streets of Toledo and crossed the finish line in all races combined at the annual springtime running of the Glass City Marathon, Half Marathon, 5K & five-person relay races, which are limited to just over 10,000 entrants combined.

The race, which has been a fixture in the local running and athletic community for more than three decades, follows a mostly flat and fast out-and-back course that starts and finishes on the campus of the University of Toledo, near the city’s downtown.

From there, the half marathon takes runners out on a tour of the city, along stretches of its Metroparks system of urban trails and parks, and through its quiet residential areas like Ottawa Hills and Old Orchard, as well as stretches of the Maumee River that flows through the city.

After the run along a combination of city streets and the bike trails along the Metroparks, the race takes runners into the finish line at the Glass Bowl Stadium, the home field of the University of Toledo Rockets football team.

Those running or walking the half have a limit of 4 hours to complete their race — the course will remain open until 11:00 AM — and the field for the half is limited to the first 4,000 entrants. Runners will also need to be at least 13 years old to enter the half marathon. 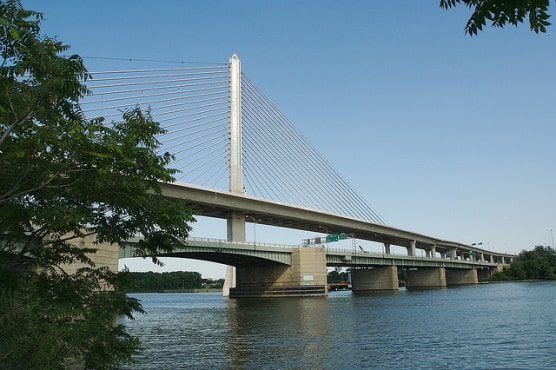 Located in the northwestern part of the state, near the eastern end of Lake Erie and just south of the border with Michigan, Toledo typically experiences moderately cool to cold weather conditions in April, which has seen record temperatures as low as 11°F (in 1999) and as high as 90°F (in 1986).

See the race route map for the Glass City Half Marathon here.

To reserve your spot in the spring 2023 running of Toledo’s Glass City Marathon, Half Marathon, Relay or 5K race, register online at RunSignUp.com here.

Ever run in the Glass City Half Marathon? Share your impressions here, or post your review in the Comments below.