Ready for a night-time run along the Great Miami River that snakes through this city (named for Alexander Hamilton!) just outside Cincinnati? This course, which is USATF-certified and also serves as a qualifying course for the Boston Marathon, offers both as the early September sun is going down here in southeastern Ohio.

Run a big loop around Miami University Hamilton. Once you make the turn onto Knightsbridge and head east, you’ll next turn right and head south along Central Avenue, all the way south to Williams Avenue, where you’ll turn right again and head west toward the river.

That’s followed by an out-and-back run along Neilan Boulevard, which unfolds past the Hamilton campus of Miami University.

Once you make it back to Fairview Avenue, you’ll head west toward the river again, where you’ll begin a nearly 2 1/2-mile-long stretch along the Great Miami River Recreational Trail, which is one of the country’s longest paved trail networks, stretching some 340 miles through Ohio’s Miami River Valley.

You’ll pass the starting line at the Fitton Center when you make it back to the Main Street bridge area, and then run the loop a second time to complete your 13.1 miles for the half marathon — or three more times if you’re running the full marathon.

Flat, fast course. Organizers say each of the Hamilton NightGlow race routes offers up fast, flat terrain thanks to its location near the river, and also note that headphones are permitted — but also ask that runners use extreme caution when they’re navigating the route with headphones on.

If you need to reach the race director with any questions, please reach out to Dana McConnaughey at info@hamiltonnightglow.com. 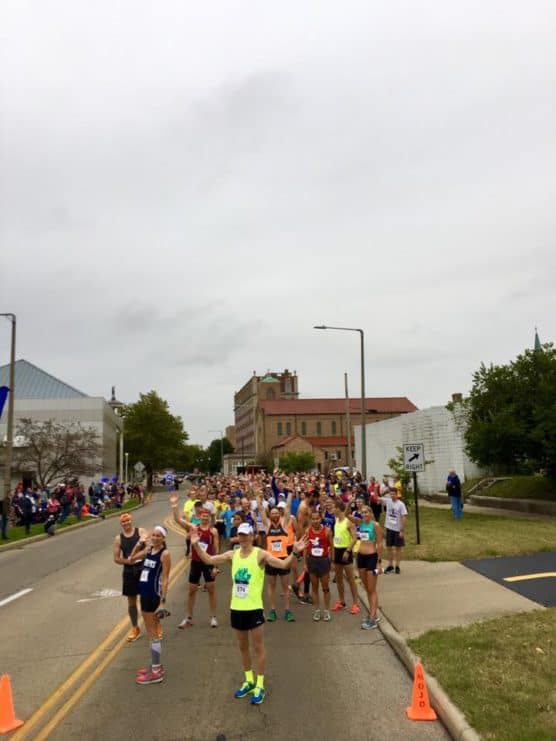 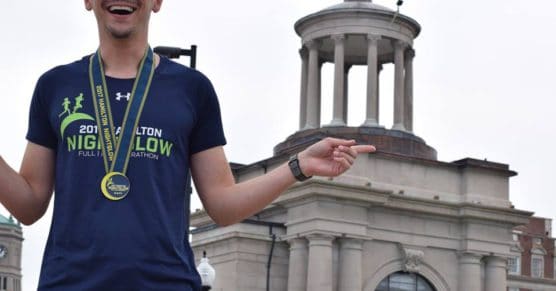 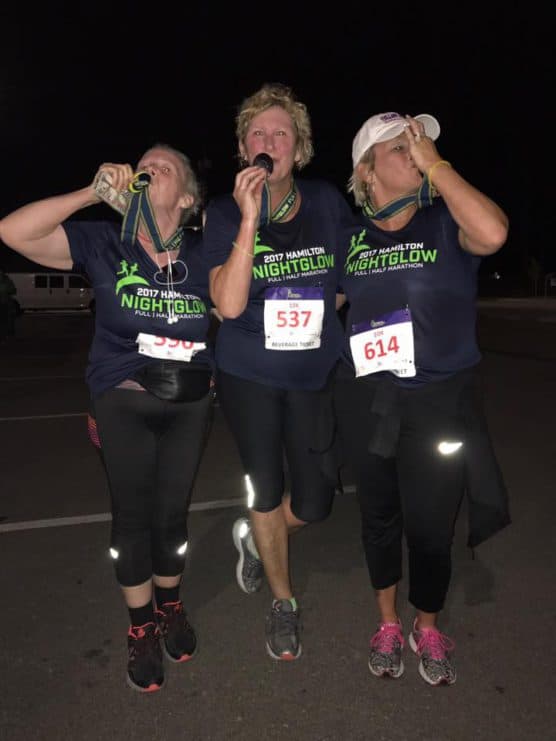 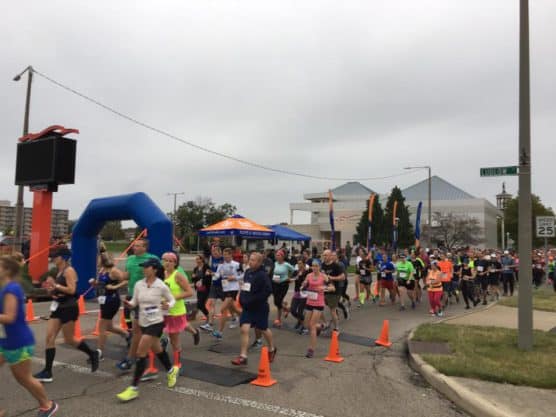 Nestled along the Great Miami River in the state’s southeastern corner, roughly a 40-minute drive from downtown Cincinnati, Hamilton typically sees mild to warm temperatures and its second-driest month of the year in September.

See the race route map for the Hamilton NightGlow Half Marathon here.

To reserve your spot in the 2021 running of the Hamilton NightGlow Marathon, Half Marathon or 10K race, register online at the event website here.

Ever run in the Hamilton NightGlow Half Marathon? Share your impressions here, as well as anything you learned about the race that you think other runners/walkers should know.