Set for its 4th annual running this summer along the streets of this city that lies about half-way between Cleveland and Columbus, the Spherion Mid-Ohio 13er is a race dedicated to helping people struggling with addiction get the help they need, as proceeds from the race go toward drug prevention efforts in the local area.


Where does it start? In the heart of downtown Mansfield, a city that’s home to more than 49,000 people (and more than 120,000 across its metro area) and is known as one of the most affordable places to visit in the mid-Ohio region, thanks to its wealth of free attractions like its parks and gardens and museums.

(Incidentally, Mansfield is also the place where Lauren Bacall married Humphrey Bogart, at Malabar Farm just outside the city.)

Runners will start the race near the intersection of Park Avenue and Main Street downtown, and from there head out on a mostly counter-clockwise loop route that unfolds through the neighborhoods and more rural areas just to the west of the city.

Is it hilly? There are a few rolling hills in the early miles of the race, followed by a mostly long flat stretch between miles 3 and 8. After that, the race’s hilliest section comes in the final few miles, especially around the mile 8 marker on Greibling Road.

After that, the course heads downhill for the final couple of miles, back to the race finish line on Park Avenue downtown. 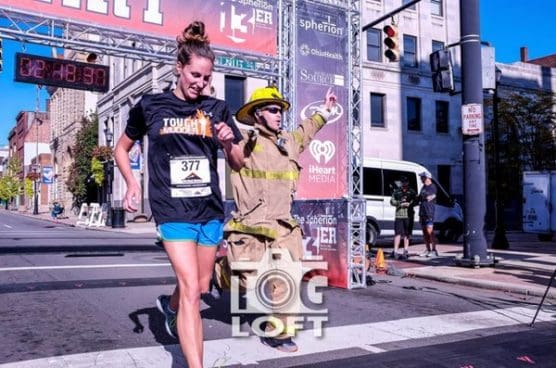 Located about half-way between Cleveland and Columbus in the northern half of the state, Mansfield typically sees some of its mildest temperatures of the year in September, which averages between the low 50s and the mid-70s, while rainfall totals average just over 3.3 inches for the month.

See the race route map for the Spherion Mid-Ohio 13er Half Marathon here.

To reserve your spot in the 2018 running of Mansfield’s Spherion Mid-Ohio 13er Half Marathon or 5K fun run, register online at VerticalRunner.com here.

Ever run in the Mid-Ohio 13er Half Marathon? Share your impressions here, as well as anything you learned about the race that you think other runners/walkers should know.