Lake of the Woods Half Marathon & 5K

Part of a weekend filled with races ranging from a sprint (and long course) triathlon and duathlon, an open water swim and a kids’ triathlon and duathlon on Saturday, Sunday’s marathon, half marathon and 5K Poker Run round out the series of events at the Lake of the Woods Tri/Sport Weekend, all of which start near the lake’s marina.


This small race — 62 runners crossed the finish line in both the half marathon and 5K combined last year — offers up gorgeous natural beauty, as the lake is nestled near the crest of the Cascades in southwestern Oregon, at an elevation of just over 4,900 feet above sea level.

You’ll also be within just a few miles of Mount McLoughlin, a 9,499-ft.-high volcano peak that sits just north of Mount Shasta and just south of Crater Lake, and lies along the Pacific Crest Trail. Geologists believe the volcano was last active some 30,000 years ago, and today its peak is usually covered in snow and ice.

Runners will get to take all that in at the race, which follows an out-and-back course west of the lake that starts and finishes at the Lake of the Woods Marina, just off Falls Highway.

From there, you’ll follow an out-and-back trail course west of the lake, crossing through large meadows as well as single-track trails through the forest, along a combination of paved roads and gravel and dirt trails. 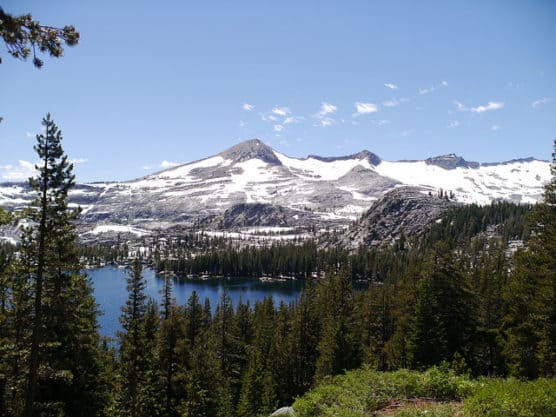 Located near the crest of the Cascade Mountain range in southwest Oregon, Lake of the Woods lies just over 30 miles northwest of Klamath Falls, which typically sees September temperatures that average between the mid-40s and the upper 70s, with little rainfall — September is one of its driest months of the year.

See the race route for the Lake of the Woods Half Marathon here.

To reserve your spot in the 2020 running of the half marathon at the Lake of the Woods Tri-Sport Weekend races, register online at ImAthlete.com here.

Ever run in the Lake of the Woods Half Marathon? Share your impressions here, as well as anything you learned about the race that you think other runners/walkers should know.