A rare opportunity to run along the 1,300-ft. pier at the National Oceanic and Atmospheric Administration’s Marine Operations Center here in Newport is just part of the charm at this Independence Day race, which thanks to its location along Oregon’s central coast should feature mild-to-warm temperatures and plenty of brilliant sunshine, along a mixture of paved and trail surfaces.

The race is called the Newport Celebration Run, and it’s a celebration of America’s independence with a 13.1-mile, 10K, 5K and a one-mile fun run for kids, all of which start and finish near Rogue Brewery along Southeast Marine Science Drive.

From there, the half marathon unfolds past many of the picturesque sights that are highlights of this gorgeous coastal city, home to the Hatfield Marine Science Center, the Oregon Coast Aquarium and the aforementioned NOAA Marine Operations Center.

Most of the race is run on paved surfaces — about 7.87 miles, organizers point out — but the remainder of the race, about 5.28 miles, unfolds entirely along trails, especially in the second half of the race.

While the 5K and 10K routes are “flat, PR courses,” the organizers say, the half marathon features some hillier stretches, especially in the second half of the race along the single-track trail portions. 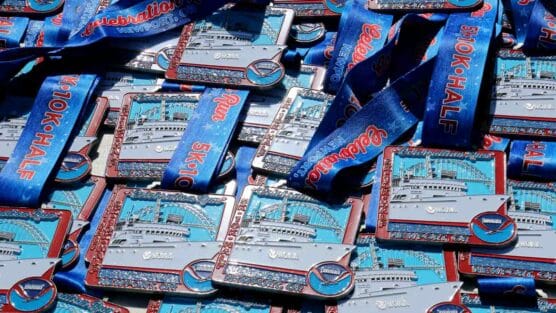 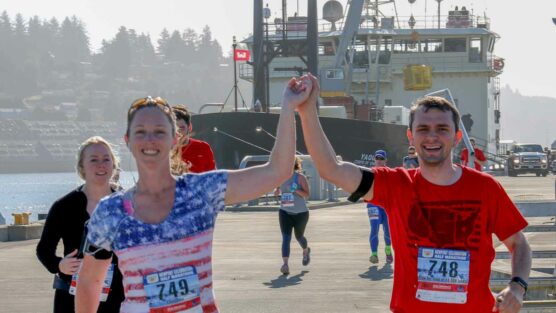 Nestled along Oregon’s central coast, roughly 130 miles from Portland and about 95 miles from Eugene, Newport typically experiences mild and usually dry weather in July, which brings average temperatures between the mid-50s and the low 60s, and only a couple of days of rain for the month.

See the race route map for the Newport Celebration Run Half Marathon here.

To reserve your spot in the 2023 running of the Newport Celebration Run Half Marathon, 10K, 5K or kids’ fun run, register online at RunSignUp.com here.

Ever run in the Newport Celebration Run Half? Share your impressions of the race here, especially anything about the terrain/course you think other runners might want to know.