Start your St. Patrick’s Day celebration early with Portland’s Shamrock Run Half Marathon. With courses of 15K, 8K, and 5K along with the half marathon, there’s a course for every skill level (including a walker-only wave for walking the 5K course).

Make sure to stay for the after-party — finishers get a free beer courtesy of Widmer Brothers (for runners over 21), delicious salmon chowder, and live music to celebrate their finishes. Runners also receive tech shirts and finisher medals (including a bottle opener medal for the half marathon), and the top finishers in each age group receive a commemorative sports bag. If you run really fast and like beer, this is the race for you — the male and female overall winners of each event will win their weight in beer. So start training and maybe that’ll be you.

The half marathon is capped at 3000 participants and has sold out in the past, so register soon to reserve your spot. 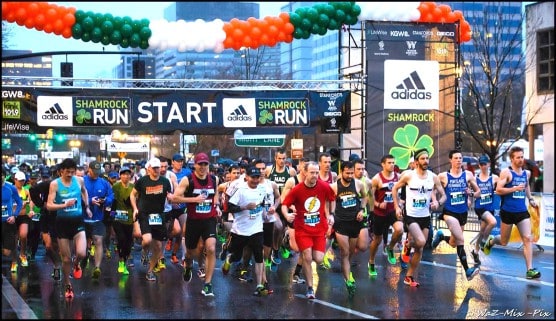 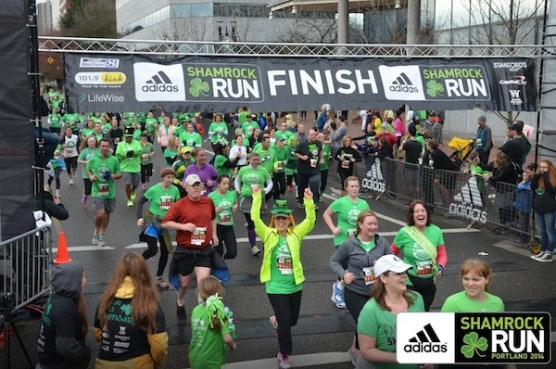 Like much of the Pacific Northwest, Portland experiences cool weather in late winter and early spring, with record temperatures as low as 24° (1989) and as high as 79° (1994). The precipitation average is just over 4.5 inches for the month of March.

View past results for the Shamrock Run Portland Half Marathon here.

See the race route map for the Shamrock Run Portland Half Marathon here.

To reserve your spot in the 2023 running of Portland’s Shamrock Run Half Marathon, visit the event website below.

Ever run in the Shamrock Run Portland Half Marathon? Share your impressions here, or post your review in the Comments below.