Set for its third annual running as the late summer is beginning to turn into fall here in this small city in Oregon’s northwest corner, whose name is from a native American word for “gravelly stream,” this cozy race saw 40 runners cross the finish line at the 2018 running.


With a starting and finish line that sends runners off from the Scappoose Industrial Airpark (an aerial view of which you can see below), you’ll start running with planes on the runway in your view, and then head out onto the rural highways that surround the town, which is home to just over 6,500 people.

Most of the course for the race is pancake-flat — while there are some very gentle hills in the opening two miles, after the mile 2 marker the race settles into a route that lies at about 10 feet above sea level for the next 9 miles.

You’ll make your way in a clockwise direction along the country roads just outside town, running alongside Multnomah Channel in the second half of the race.

Once you make your way back to the airport for the race finish, there will be a beer garden and food booths waiting for you, as well as plenty of pancakes for every finisher. 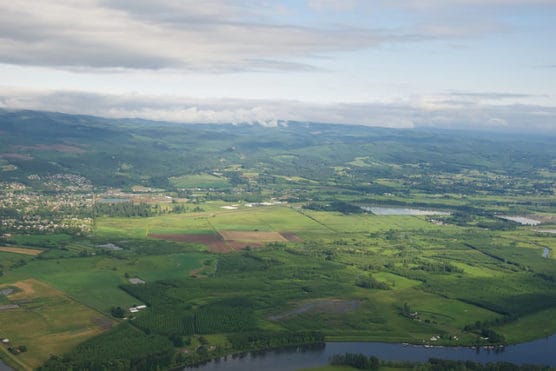 An aerial view of the Scappoose Industrial Airpark. (Photo by Sam Beebe/flickr)

Nestled along the Columbia River that separates Oregon from Washington state, roughly a half-hour drive from downtown Portland, Scappoose typically sees some of its warmest and driest weather of the year in August, when temperatures average between the mid-50s and the low 80s.

See the race route map for the Wings & Wheels Half Marathon here.

$65 for the half marathon

To reserve your spot in the 2019 running of Scappoose’s Wings & Wheels Half Marathon race, register online at the event website here.

Ever run in the Wings & Wheels Half Marathon? Share your impressions here, as well as anything you learned about the race that you think other runners/walkers should know.