Runners will get the chance to run through history at the Gettysburg Blue-Gray Half Marathon & 5K, which is set to make its 9th annual running along the country roads that lie just south of this historic small city in southern Pennsylvania, just miles from the historic battlefield where the Union army turned the tide against the South in 1863.


Inspired in part by the success of the Gettysburg North-South Marathon & Relay (and officially joining forces with this event in 2018), the two events share a start and finish line at the Eisenhower Conference Center south of downtown Gettysburg. The race heads south from there down the country roads of south Adams County, where runners will encounter fields, farms, and rolling hills throughout the course.

The halfway point is marked by briefly crossing the Mason-Dixon Line into Maryland before heading back north into Pennsylvania and completing the loop. The final miles of the course take runners through the southern part of the Gettysburg Battlefield, where the 1863 Civil War battle took place.

Full marathoners will run two loops of this course. Organizers add that the course is flat enough to offer runners a chance to achieve a personal record time, despite the rolling hills. 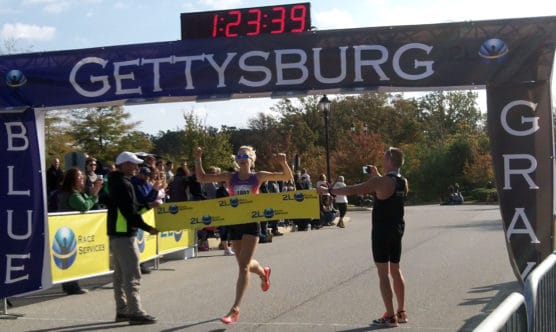 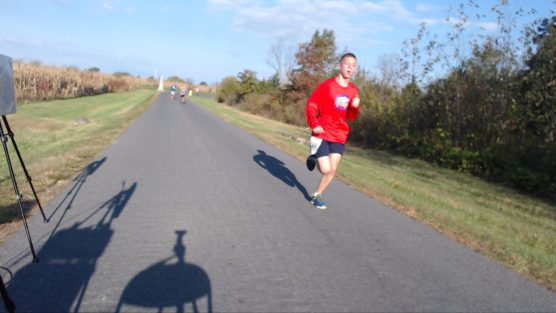 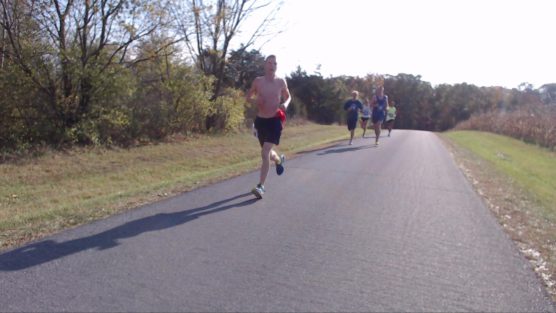 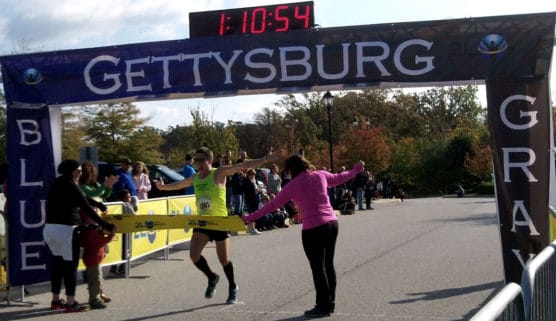 Located just east of the Appalachian Mountains here in southern central Pennsylvania, about 38 miles southwest of Harrisburg and roughly 140 miles west of Philadelphia, Gettysburg typically sees mild to cool and occasionally quite chilly weather in April, which has brought record temperatures here as low as 16°F (in 1982) and as high as 93°F (in 2002).

See the race route map for the Gettysburg Blue-Gray Half Marathon here.

To reserve your spot in the 2023 running of the Gettysburg Blue-Gray Half Marathon, register online at RunSignUp.com here.

Ever run in the Gettysburg Blue-Gray Half Marathon? Share your impressions here, or post your review in the Comments below.