First run back in 1978, the Philadelphia Distance Run has had a long history here in the “city of brotherly love,” and today it’s a 13.1-miler and 5K that features many of the city’s most iconic sights along its race route, which is considered a perfect tune-up for fall marathons later in the season — including the Philadelphia Marathon, which runs in November.

Start near ‘The Thinker.’ You’ll start the out-and-back course for the race at 22nd Street and Benjamin Franklin Parkway, just across the street from the Rodin Museum, where the French sculptor’s famous statue “The Thinker” lies outside (and several other works of his can be found inside).

From there, you’ll follow the Ben Franklin Parkway around Logan Circle, and then turn onto Arch Street, which will take you through the Fashion District toward Independence Mall, also known as “America’s most historic square mile,” where Independence Hall, the Liberty Bell and the National Constitution Center can all be found.

You’ll run around these historic sites before turning onto Market Street, which will take you west back toward Philadelphia City Hall.

Run along the Schuykill River. After you make it past City Hall, and head back toward the starting line area, most of the second half of the race features long stretches along the Schuykill River, all the way up to the historic Laurel Hill Cemetery, whose history dates back to 1836 and is the final resting place of dozens of Civil War-era generals.

The turnaround point lies at Falls Bridge, and from there you’ll head south again along Kelly Drive, all the way back to the finish line at the Eakins Oval, where you’ll finish the race in front of the Philadelphia Museum of Art — where the famous “Rocky steps” are located, from the scene in “Rocky III” in which Sylvester Stallone posed after finishing a run. 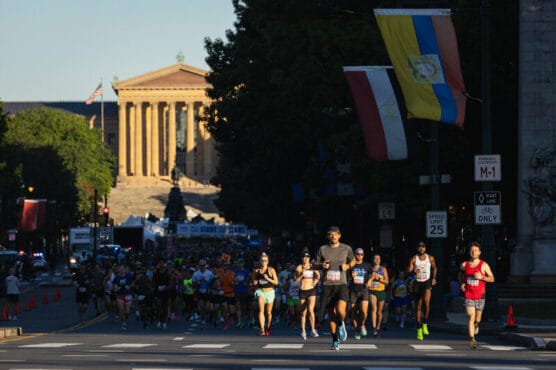 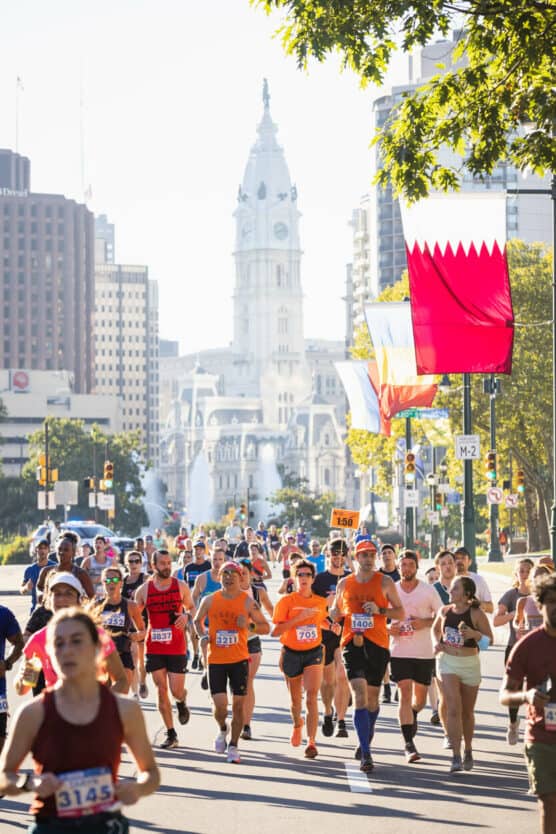 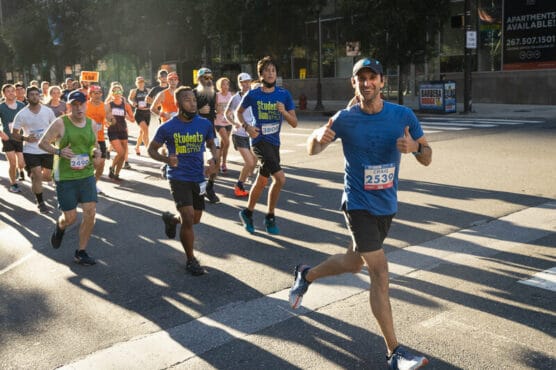 Located along the Delaware and Schuylkill Rivers in eastern Pennsylvania, about 95 miles southwest of New York City, Philadelphia typically sees September temperatures that average between the upper 50s and the low 70s, while rainfall totals average about 3 1/2 inches for the month.

See the race route map for the Philadelphia Distance Run Half Marathon here.

To reserve your spot in the 2022 running of the Philadelphia Distance Run Half Marathon or 5K race, register online at RaceRoster.com here.

Ever run in the Philadelphia Distance Run Half Marathon? Share your impressions here, especially anything about the course/terrain you think other runners might want to know.