One of a series of more than 20 marathon, half marathon, triathlon, 10K and 5K distance races put on throughout Rhode Island and Connecticut each year by the Hartford Marathon Foundation, the Surftown Half Marathon makes its 12th annual running as summer is transitioning to fall here along the southwestern Rhode Island coast in 2023.

The race takes runners on an out-and-back 13.1-mile loop that starts in and finishes near Misquamicut State Beach, a half-mile-long beachfront area that’s one of the state’s more popular summertime beach resorts, just a few miles south of the town of Westerly.

Runners will start the race on Atlantic Avenue, right outside the entrance to Misquamicut State Beach, and head first northeast along Atlantic in the direction of Weekapaug.

Just after passing the mile 2 marker, runners will turn right off Atlantic and onto Wawaloam Drive, which will bring them along a stretch that looks out onto the rocky beaches of Weekapaug.

This breezy, sunny stretch along the beachfront lasts for about a mile as Wawaloam becomes Spray Rock Road, and then runners follow the turn left onto Taylor Lane and then again onto Chapman Road to complete the loop through Weekapaug. 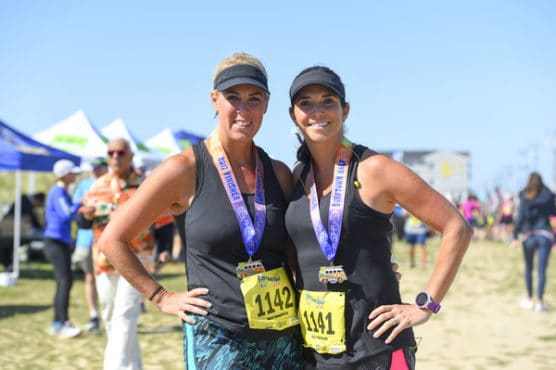 The course re-joins Atlantic Avenue right after runners pass the mile 4 marker, and then head back in the direction of Misquamicut Beach.

Runners next head southwest along the route they ran in the early going, heading down past the cottages and beach homes that line either side of Atlantic Avenue on their way through Misquamicut and past the Atlantic Beach Amusement Park, toward Maschaug and Little Maschaug ponds.

Before reaching the ponds, however, the course turns right on Lawton Avenue and heads north, taking runners up to Shore Road, where they’ll turn left and head west again for about a mile along Shore Road before turning onto Watch Hill Road.

The next stretch of the race unfolds for nearly two miles along Watch Hill Road in the direction of the village by the same name, which lies at the end of the island, just off Little Narragansett Bay. 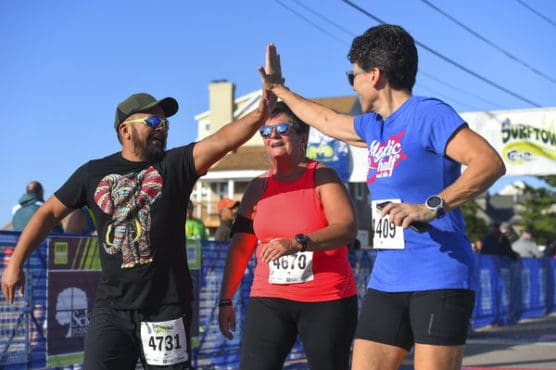 Runners loop through the neighborhoods and waterfront areas here, passing by Watch Hill Cove at the easternmost point of the course, on the way to turns on Westerly Road, Ninigret Avenue and Ocean View Highway.

Once runners are on Ocean View, they’ll follow it for about the next mile and a half to the last couple of turns in the race, which are Bayberry Road and Maplewood Avenue, leading in to the finish line on Atlantic Avenue. 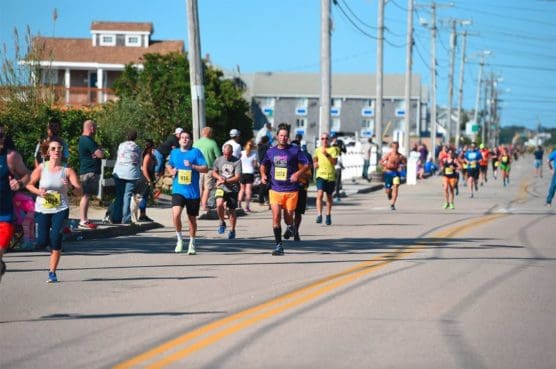 Nestled just a few miles from the Atlantic here in the Ocean State’s southeastern corner, right on the border with Connecticut and about 45 miles southwest of Providence, Westerly typically sees cool to moderately warm weather in September.

See the race route map for the Surftown Half Marathon here.

To reserve your spot in the 2023 running of Westerly’s Surftown Half Marathon or 5K race, register online at HakuApp.com here.

Ever run in the Surftown Half Marathon? Share your impressions here, or post your review in the Comments box below.