Save the Light Half Marathon & 5K Run/Walk

Run along the city streets of Folly Beach, South Carolina, just outside the historic tourist destination city of Charleston, the Save the Light Half Marathon & 5K Run/Walk takes a few hundred runners and walkers each year along a seaside tour of gorgeous beach homes, oceanfront vistas and more.

The out-and-back course of the race starts and ends on Arctic Avenue near the Folly Beach Pier, offering views of the Atlantic Ocean for much of the race and run entirely along paved city streets. Over 500 runners and walkers crossed the finish line in both races combined in 2016, including more than 270 runners in the half marathon alone.

The race is run to benefit Save The Light Inc., a nonprofit organization that is raising money to restore and prevent the Morris Island Lighthouse (located near Charleston & Folly Beach, S.C.) from being lost to the sea.

Now surrounded by water on all sides thanks to erosion, the lighthouse now is finally receiving restoration and preservation work after the years-long fundraising effort. The race will help to keep those preservation efforts going and rescue one of South Carolina’s maritime heritage landmarks.

Though the Save the Light event would have celebrated its fifth annual running in 2007, the event was cancelled by the organizer for that year. It has since been revived — it resumed in 2011 — and will celebrate its 20th annual running in February 2023. While the half marathon is open to runners only, the 5K is open to both runners and walkers. 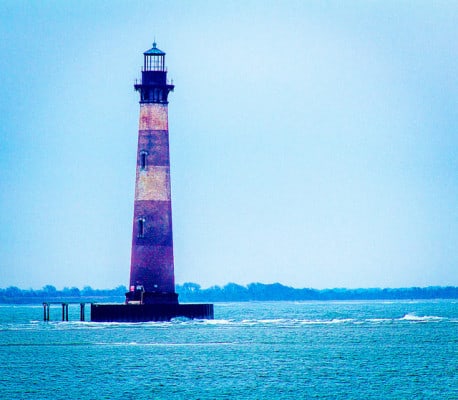 Located along South Carolina’s Atlantic coastline, about 11 miles south of downtown Charleston and about 125 miles southeast of Columbia, Folly Beach typically sees cool to mild weather in February, a month that has brought record temperatures here as low as 16 degrees (in 1958) and as high as 83 degrees (in 1962).

See the race route map for the Save the Light Half Marathon here.

To reserve your spot in the 2023 running of Folly Beach’s Save the Light Half Marathon or 5K race, visit the event website here.

Ever run in the Save the Light Half Marathon? Share your impressions here, or post your review in the Comments below.