Runners follow a long, gradual downhill course through the northernmost section of South Dakota’s Black Hills National Forest, with canyons and mountains around in all directions, at the annual summertime running of the Spearfish Canyon Half Marathon & 5K Run/Walk.

This race is organized and run to benefit the Northern Hills CASA (Court Appointed Special Advocates for Children) organization, which raises funds for abused and neglected children in need of legal protection and advocacy.

The 2023 race will be the event’s 37th annual running, most of which unfolds along the tree-lined Spearfish Canyon Scenic Byway, with gorgeous views of the canyon walls and limestone rock formations along the route.

From there, the course takes runners north toward Spearfish along the Byway for nearly the entire race, starting at an elevation of about 5,000 feet above sea level and dropping about 1,300 feet over the course of the race by the time runners cross the finish line in Spearfish City Park.

Runners who are also film buffs might recognize some of the scenery along the course: portions of the 1990 Kevin Costner film “Dances With Wolves” were filmed in the Northern Hills area along Spearfish Creek, which skirts the Scenic Byway (Highway 14) along the race course. 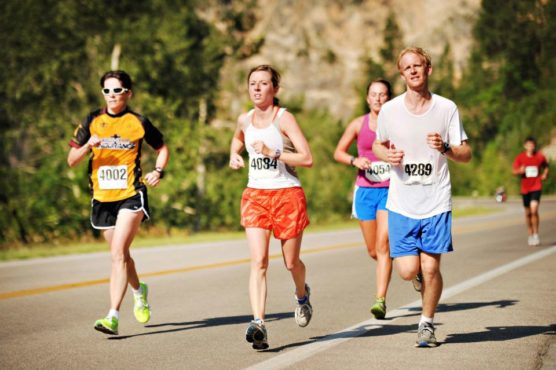 Nestled among the Black Hills of western South Dakota, just miles from the state’s border with Wyoming and roughly 48 miles northwest of Rapid City, Spearfish typically sees July temperatures that average between 88°F and 62°F, while rainfall totals average just over 2.2 inches for the month.

See the race route map for the Spearfish Canyon Half Marathon here.

To reserve your spot in the 2023 running of the Spearfish Canyon Half Marathon or 5K Run/Walk, register online at ItsYourRace.com here.

Ever run in the Spearfish Canyon Half Marathon? Share your impressions here, or post your review in the Comments below.