Nicknamed the “Cedar City” for the abundant cedar trees found throughout this city of roughly 20,000 residents just outside the state capital city of Nashville, Lebanon’s Cedars Frostbite Half Marathon takes runners on what can be a cold late-winter run through the Cedars of Lebanon State Park, which like the city itself, gets its name from the dense cedar forests that grew throughout the country of Lebanon back in Biblical times.

The race also is part of the Tennessee State Park Running Tour, a series of 20 races staged in state parks around the state each year — including 10K, 5K, 10-mile and several other distance races. The Cedars Frostbite race is the one of the final (as well as the largest) races in the series, which starts in October and runs through March every year.

On the morning of the race, runners gather for the start at the Assembly Hall on Cedar Forest Road, which lies roughly a mile from the park entrance. From there, runners — and walkers, the race is open to both — follow an out-and-back semi-loop route out from the park along Cedar Forest Road for the first three miles, before turning around and retracing their steps for just over a mile.

From there runners turn again onto Cedar Forest Road, which runners then take all the way back to the finish line at the Assembly Hall.

Most of the course is largely flat, though runners can expect some hills around mile markers 3 and 12, as well as a stretch of the race that takes runners over gravel surface.

The rest of the race unfolds over paved surfaces, along the rolling country roads in and around the 900-acre Cedars of Lebanon State Park. 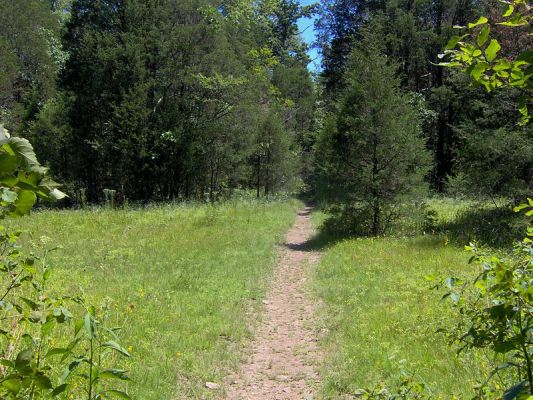 See the race route map for the Cedars Frostbite Half Marathon here.

To reserve your spot in the late winter 2023 running of Lebanon’s Cedars Frostbite Half Marathon, register online at Reg2Run.com here.

Ever run in the Cedars Frostbite Half Marathon? Share your impressions here, or post your review in the Comments box below.