Last Sunday marked the 14th annual Barr Trail Mountain Race and my first bonafide test of my Pikes Peak Marathon training thus far. And a test, it would be – six miles up then back down Barr Trail – approximately half of the Pikes Peak Ascent. I had tried to convince Dakin and JD to race it with me the previous year or two to no avail. Sissies!

This year – with or without them – I had decided, was the year. Lucky for me, one of my new running buddies was also running the race – one with whom I have WAAAAY too much in common: 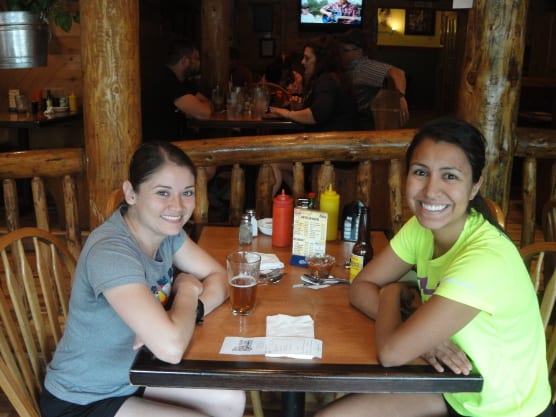 I was a little nervous but mostly excited for the race a few days before, then I came across an article on the examiner.com profiling the field for Sunday. Among the competition’s credentials were phrases like ‘five-time member of the U.S. Mountain Running Team’, ‘multi-time NACAC Mountain Running Champion’, and ‘fifteen-time USA Team Member’.

Also among the field’s accomplishments were top finishes in races like the Pikes Peak Ascent – with which my regular readers should be all to familiar – the North Face Endurance Challenge, and the Western States 100.

“Holy crap,” I said to Liz. “There are going to be REAL runners at the race on Sunday!” “Yea there will be!!”

Saturday night, Liz and I made dinner for the two of us plus five additional and very well accomplished runners – runners featured in Colorado Runner Magazine; part of Team Colorado and the American Distance Project; and sponsored by the Boulder Running Company, Altra, and Adidas – slash new Facebook friends: 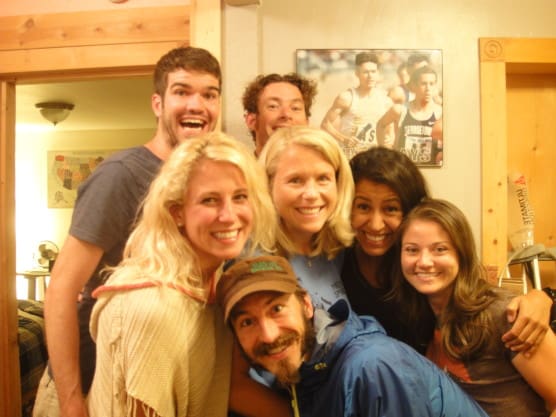 After a good meal, a few beers – to carb up, of course – more than a few laughs, and a ‘Wagon Wheel’ serenade by none other than Brandon Birdsong himself, Liz and I were off to bed.

Five fifteen a.m. came more quickly than I had hoped. I hit ‘snooze’ on my cell phone and lied there, unable to actually fall back asleep while waiting to hear movement from Liz’s room down the hall. Her alarm beeped through the wooden door, traveled through the living room, and told me the same thing my own alarm had tried to say minutes before: Get up!

Liz and I opened our bedroom doors and glanced the other’s direction, then she said – better than I could have myself – exactly what we were both thinking at that moment: “UUUUUGGGGHHHH.” “Yep.”

It was actually a beautiful morning for a race, and I was grateful that most of the course would include tree cover since it had the makings of a hot, clear-skied day. I was surprisingly relaxed, and I started to wonder if I should be nervous that I wasn’t all that nervous. Guess all that running chatter and my new friends’ reassurance that I’d do well the night before did the trick!

The first mile went great – too well, really – and I very early realized it in the second mile. Translation: I had committed my all too common MO and started out too fast. Good thing this is only a test. The second mile probably hurt the worst, but I was pleasantly surprised that the third wasn’t as bad as I had expected.

All I cared about was making it to No Name Creek, where Amy, our gracious host the night before, would be delivering the news to any unfortunate souls not making the cutoff of one hour ten minutes that future sustenance at aid stations was not guaranteed after that point. I was very happy to see her with plenty of time to spare.

“Hey, Amy.” “Hi, Melissa! Let me get a picture!” I tried to smile, but Lord knows what I looked like through her iPhone lens. “Am I at No Name Creek?” “Yep! Aid station’s right around the corner.”

More importantly than making the No Name Creek cutoff, I knew that the trail would level out a lot – You know you’ve been doing some solid climbing when 5.5% grade feels flat – for two miles after the aid station.

I alternated between ‘hot’ and ‘cold,’ passing a few peeps with whom I had been playing ‘leap frog’ up the trail and feeling strong, then feeling tired and low on fuel. Just a little more, then downhill.

I saw Liz about a half mile from the turn around point, and we cheered the other on as we passed. Just that simple gesture, one simple exchange, can at times make a world’s worth of difference along the course.

That last half mile or so hurt, but I kept pushing and finally made it. Now, the fun begins – the downhill! Once past a few steep, gnarly spots and running water over those spots, I was ready to hit it hard. And hard, I hit it – all the way to the finish line. . .maybe even a little too hard. . .

With about a quarter mile to go, I hit one of the steepest parts of the course – where the trail merges with pavement of the street. The combination of trying to run hard and taking advantage of the momentum provided by that short, steep section had finally been enough to aggravate my right leg. For just a few steps, sharp pains shot through my right knee with every foot strike.

Just run it out – Almost there!

The combination of nearing the finish and the most welcome distraction of an unofficial aid station – featuring two of my new friends from the previous evening’s festivities and beer – were enough to push me through the home stretch: 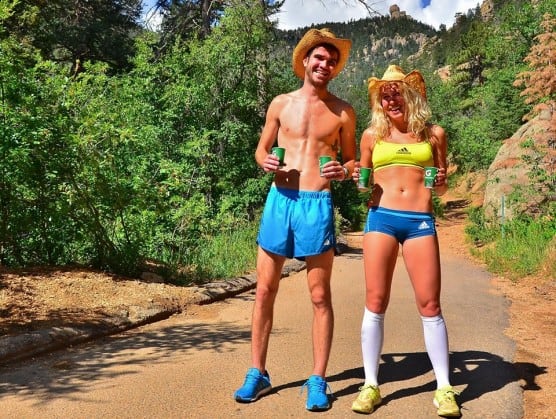 And, of course, I saw a few more new friends at the finish, including the announcer who called my name as I hit the final mat. I looked down at my watch and was pleasantly surprised. Not bad for a first try!

And then, as if amazing new running friends, a most beautiful Manitou Springs morning, and a great race weren’t enough, I also got a few seconds of uber Facebook fame thanks to outtherecolorado.com‘s article on the race. Check it out! Who’s that Spartan runnin’ up Pikes Peak? It’s me! It’s me! 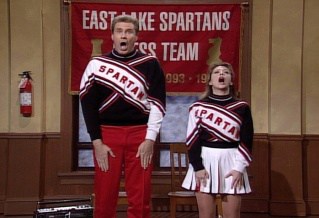 So, the test. . . Did I pass? Hmm, let’s see. . . Still need a little work on my ascent and pacing – and especially my pacing in the first mile or two – downhill is good for now – actually made up a lot of time on the descent. Still, I don’t want to rely on a good downhill pace for a Pikes PR in August. I want a solid race both up and down.

Pencil up, ponytail messy, sleeves rolled, brow furrowed, tongue sticking out of the side of my mouth – Still got some work to do before the final exam. . .