Runners will cross the finish line of this half marathon race inside the arena known as the Alamodome — on the same floor where the NBA’s San Antonio Spurs play — at the Alamo Run Fest Half Marathon, 10K and 5K, which makes its 7th annual running in 2019 in the Texas Hill Country.


The race follows a point-to-point loop route around the city, starting along Cesar E. Chavez Boulevard and then heading north along Cherry Street. From there, the course makes a counter-clockwise loop through the city, taking runners through downtown San Antonio and twice across the river, and past several of its signature landmarks.

During the race, which reaches its hilliest stretches around the middle few miles, runners also make their way through Fairchild Park and past the San Antonio National Cemetery, Roosevelt Park and the campus of San Antonio College before turning into the parking lot of the Alamodome, where they’ll cross the race finish line inside the arena.

Open to both runners and walkers, the race features some rolling hills here and there but otherwise is mostly pretty gentle on the legs. The course time limit will be 4 hours, 15 minutes, which means runners and walkers will need to keep a pace of 19 minutes per mile (or faster) — otherwise, you’ll have to jump aboard the Sag vehicle around the mile 9 marker.

The half marathon will be USATF (USA Track and Field) certified, and it will be limited to the first 4,800 entrants. 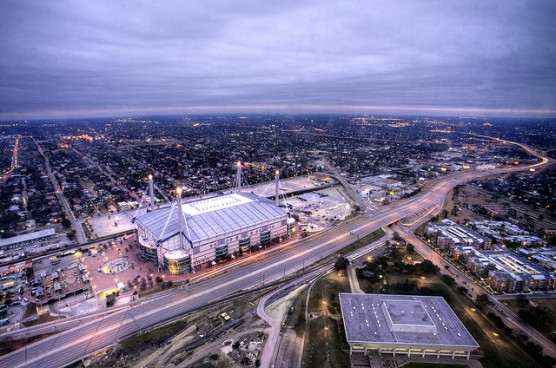 Located in southern Texas, about 200 miles west of Houston and roughly 275 miles southwest of Dallas, San Antonio typically sees mild to warm weather in April, which has brought record temperatures here as low as 19 degrees (in 2002) and as high as 100 degrees (in 1991).

To reserve your spot in the spring 2019 running of San Antonio’s Alamo Run Fest Half Marathon or 10K race, register online at RunSignUp.com here.

Ever run in the Alamo Run Fest Half Marathon? Share your impressions here, or post your review in the Comments box below.