Are you tough enough for a real challenge? That’s what the organizers of the Badass Texas Half — formerly known as the Badass Brazos Half Marathon — ask on their website, with a brief mention that yes, it will probably be hot, as one would expect during May in Texas.

Nestled halfway between Fort Worth and Austin, Waco’s Badass Brazos Half Marathon begins at the Waco Convention Center and heads north along University Park Drive, providing views of the Brazos River until entering Cameron Park during the second mile.

From there, the course weaves its way into Cameron Park while introducing the major uphill and downhill segments of the course and passing park landmarks such as Circle Point and Lover’s Leap.

The course flattens significantly upon running out of Cameron Park, with only one major uphill segment remaining, which circles McLennan Community College.

While much of the course’s last quarter is a gentle downhill section along Lake Shore Drive and MLK Jr. Boulevard, there are still some small hills to make the course interesting until crossing the Waco Suspension Bridge and the finish line.

As challenging as the course is, the race organizers note that the course is a beautiful one with water stations every mile. And with a four-hour time limit, there’s plenty of time for runners and fast walkers to complete the course. 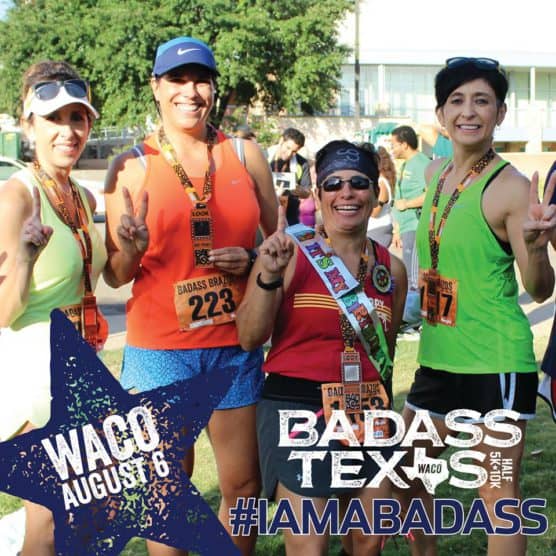 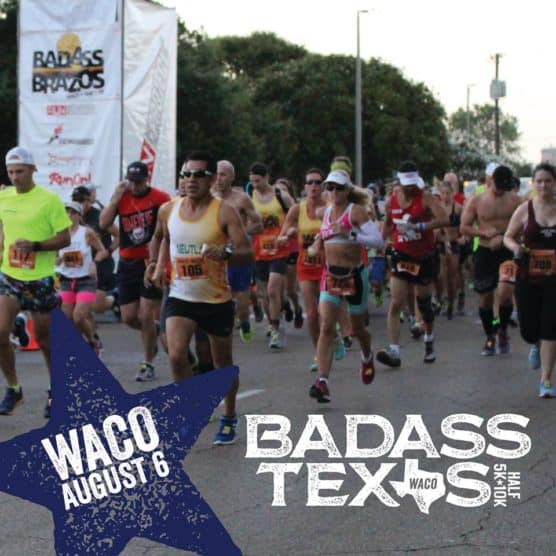 Located almost midway between Fort Worth and Austin, Waco experiences warm but usually not unbearable weather in late May, with temperatures reaching as high as 100ºF (2003).

See the race route map for the Badass Texas Half Marathon here.

To reserve your spot in the 2023 running of Waco’s Badass Texas Half Marathon, visit the event website below.

Ever run in the Badass Texas Half Marathon? Share your impressions here, or post your review in the Comments below.