Set for its 4th annual running this fall on the trails that wind along the northern edge of Joe Pool Lake, That Dam Half Marathon & 5K takes runners on an out-and-back route that starts and finishes in scenic Lynn Creek Park, a 785-acre park that lies on the lake’s northern shore.


Organizers say it’s the “best time of the year for running in Texas,” and they’re likely right thanks to the cooler temperatures that October brings in the Dallas-Fort Worth metroplex area.

From the starting line in Granbury City Beach Park in the heart of Granbury, this small beach — which is only about 100 yards long — runners head west and weave their way through the streets of downtown Granbury, heading in a counterclockwise loop direction until almost reaching the beach again.

After that, the course heads north along Hannaford Street and then west along Crossland Road before making a lap through Granbury City Park, home to Granbury’s recreational facilities. Runners continue making their way along Crossland Road, completing the hilliest portion of an otherwise gentle sloping course, before heading on Howard Clemmons Road, making two U-turns on this road.

It’s back east onto Crossland Road after this, with the course making one more loop to the northeast of downtown Granbury before heading back to the beach park for the finish line.

Runners will have 4 hours to complete the half marathon, organizers note, and they can expect an almost all-flat course thanks to its location along the dam — most of the course features little elevation change, except for the stretch around the middle of the race.

From the race organizers regarding the postponement:

“Access to the Lynne Creek Park dam has been closed by the Army Corps of Engineers until further notice. This Dam is a vital part of our course, and its closure requires a new course and location for That Dam Half.  As hard as we have tried to find another Dam and put on this race this year, it is just not meant to be.

That being said, with safety as our number one priority and fun as our 2nd, we have searched far and wide and have found the perfect spot.  It will take us some time to give you the experience that you deserve.  That Dam Half will be returning in 2019, and it will be better than ever!” 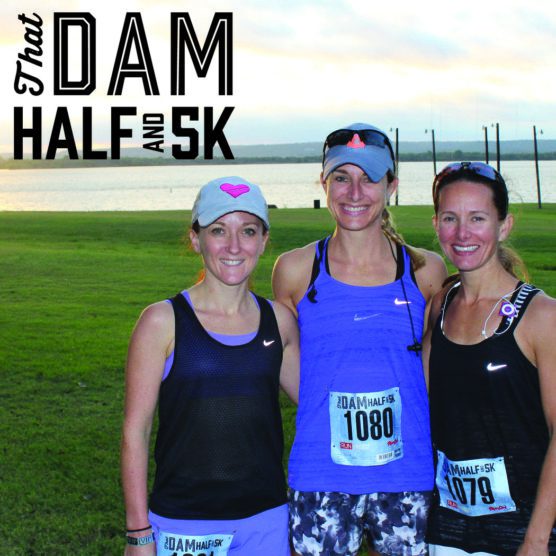 Photo courtesy That Dam Half 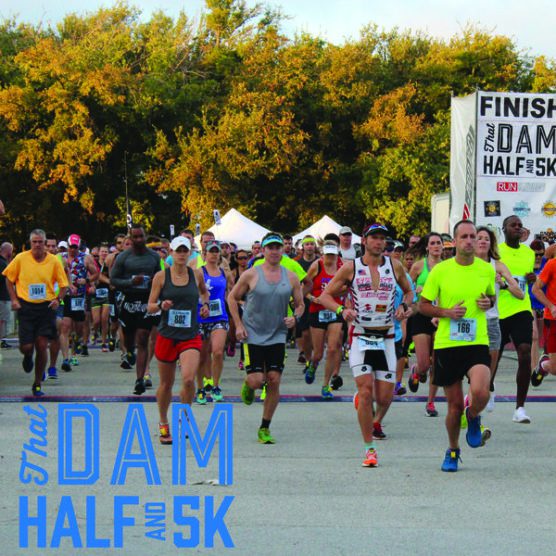 Photo courtesy That Dam Half

Located about 35 miles southwest of Fort Worth, Granbury typically sees some of its mildest and wettest weather of the year in October, which brings temperatures that average between the upper 50s and upper 70s and rainfall amounts just over 4 inches, which makes October the city’s rainiest month of the year.

See the race route map for That Dam Half here.

To reserve your spot in the 2019 running of Grand Prairie’s That Dam Half or 5K race, register online at GetMeRegistered here.

Ever run in That Dam Half? Share your impressions here, as well as anything you learned about the race that you think other runners/walkers should know.