Set for its annual late winter run around the trails that circle White Rock Lake, the HeartHalf Half Marathon is a fundraiser for the American Heart Association that also celebrates the “heart” of Valentine’s Day, with special bibs for single and attached runners to wear during the race.


Where does it start? At Norbuck Park – at 200 North Buckner Boulevard, to be exact. From there, you’ll make your way around White Rock Lake, a 1,015-acre park located about five miles north of Dallas that features a 9.3-mile-long series of trails, which are used for several races throughout the year.

What will I see/experience during the race? The fast, flat paved trails around the lake, plus plentiful views of the Dallas skyline (shown in the photos provided by the race organizers below) and the sun rippling along the surface of the lake.

What’s special about this event? It’s fundraiser for the American Heart Association, and proceeds from the race will go to benefit local heart health hospitals. It coincides with February Heart Health month, to draw attention to heart disease and stroke, our nation’s number one- and four-most-common killers.

But is also celebrates “heart health” of another kind, since it’s so close to Valentine’s Day – you can wear either an “I’m Single” or “I’m Not Single” bib while you run, and meet other singles after the race in a special tent at the finish line.

There you’ll be able to “sip mimosas and champagne,” organizers add, and get to meet and know other singles who participated. And if you’re not up to running 13.1 miles – or just haven’t trained for any distance – there’s always the 5K Love Run.

How many people run it? Hard to tell as results from last year’s race aren’t available at the race website, but organizers say it sells out, so you’re encouraged to sign up early. You must be at least 16 years old to enter. 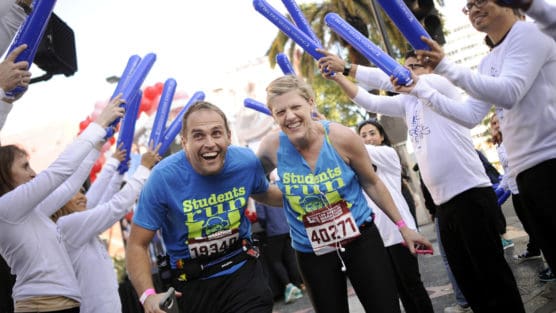 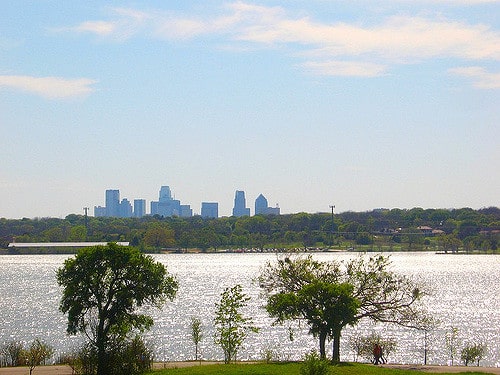 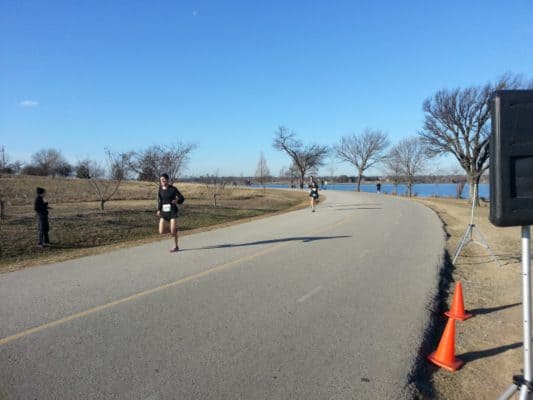 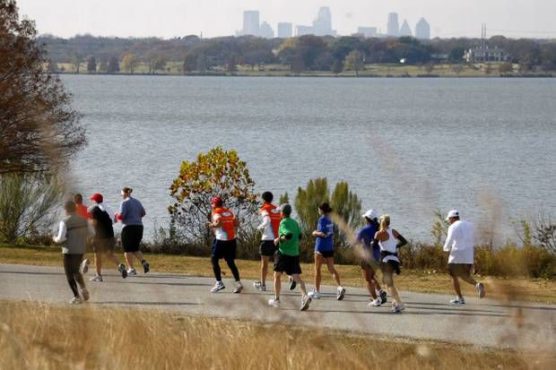 Located in central northern Texas, Dallas typically sees some of its coldest and driest weather of the year in February, when temperatures average between 41ºF and 61ºF and even a little snowfall is possible, as the area averages just over half an inch of the white stuff for the month.

See the race route map for the HeartHalf Half Marathon here.

To reserve your spot in the 2017 running of Dallas’s HeartHalf Half Marathon or 5K Love Run, register online at Active.com here.

Ever run in the HeartHalf Half Marathon? Share your impressions here, or post your review in the Comments below.