The serene waters of the Lake Benbrook reservoir, surrounded by rolling hills and prairie meadows just outside Fort Worth, are the setting for the Lake Benbrook Half Marathon & 5K, which marks its 36th annual running in 2022.


An out-and-back race with hills scattered throughout virtually the entire course, the event starts and finishes in Dutch Branch Park near the top of the lake, and takes runners on a course that offers ample views of the lake from several different vantage points.

Designed as a kind of practice/tuneup run for the Fort Worth Cowtown Marathon, which takes place just a month later, the Lake Benbrook race began life in the 1980s as a 20K race event, then called the Fort Worth Runners Club’s Fort Worth Fall Classic 20K.

The club became inactive for a few years, however, and the race wasn’t held again until 1990, when it was resurrected as a half-marathon organizers then named the “Better Half,” to distinguish it from Dallas’s “The Half” 13.1-mile race. Its name was changed again to the Lake Benbrook Half in 1993 when it was moved to the lake, and the rest is history.

Thanks both to its terrain and the time of year the race is held, the conditions and the course can make for a challenging run — runners must navigate both the hills of the park areas surrounding Lake Benbrook as well as the event’s often cold, windy and sometimes rainy conditions.

The starting time for runners in both the half marathon and the 5K race is 8:30 AM, and the starting location is the baseball facility just south of the YMCA, inside Dutch Branch Park. Participants can get to the park via either Interstate 20 or I-30 from nearby Fort Worth, by taking the exit for Highway 183 South and following it to Winscott Road. 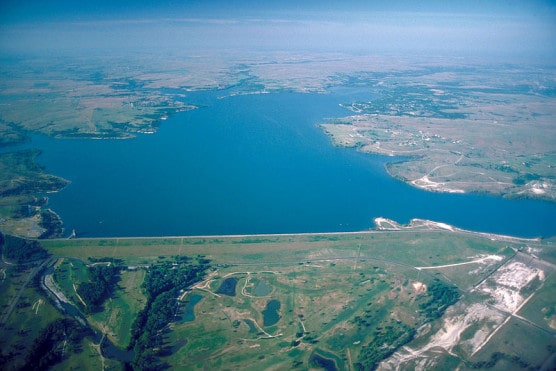 Mild to moderately cool and sometimes cold weather conditions are the norm in the Lake Benbrook area in the wintertime, with relatively little rainfall or other precipitation. In January, average area temperatures range between 31°F and 55°F.

Precipitation amounts average around 1.7 inches for the month — making January Benbrook’s driest month of the year.

See the race route map for the Lake Benbrook Half Marathon here.

To reserve your spot in the winter 2022 running of the Lake Benbrook Half Marathon or 5K race, register online at Active.com here.

Ever run in the Lake Benbrook Half Marathon? Share your impressions here, or post your review in the Comments below.